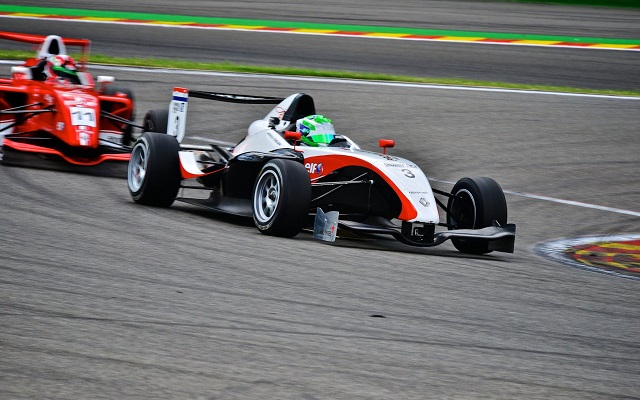 Janneau Esmeijer converted his pole position to a race victory in an eventful FR1.6 NEC race one at Spa-Francorchamps.

During lap one, the safety car was deployed due to a Kemmel straight pileup which caused several drivers, including Marcel Lenerz, Larry ten Voorde and Joonas Lappalainen, to retire. Another collision during the safety car in-lap then saw Ferdinand Habsburg and David Nordgren end their races prematurely.

Esmeijer kept his lead after the restart and went on to win the race, despite Anton De Pasquale being right on his tail for much of the race distance.