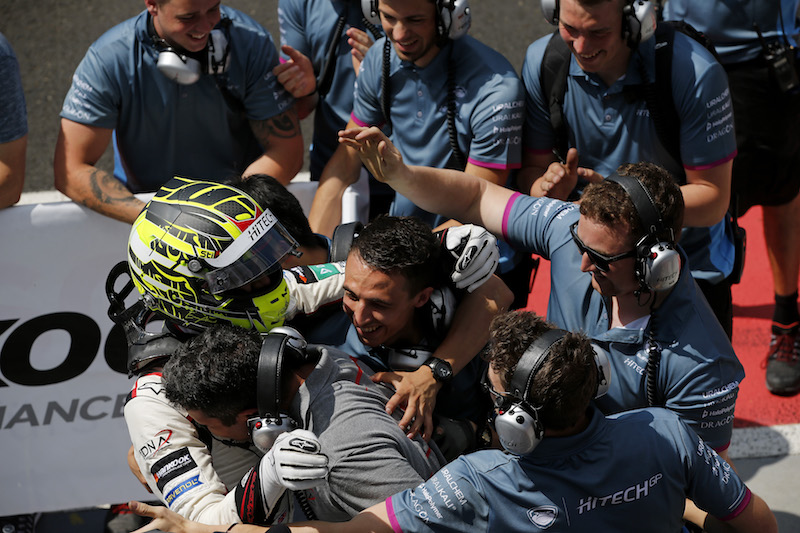 Enaam Ahmed took his first race win in the Formula 3 European Championship in the second race of the weekend in Hungary, as pole-sitter Dan Ticktum retired.

The victory for the Hitech driver puts him in the drivers’ championship lead ahead of Guan Yu Zhou going into the final race of the weekend, which he will start from pole.

He took over the race lead at the first corner as Ticktum fell down to third. A few minutes later Ticktum became the only retiree from the race after running into apparent braking trouble.

Ahmed kept in control at the front of the pack throughout the race, finishing 2.872s ahead of Prema’s Marcus Armstrong at the chequered flag.

His Hitech team-mate Alex Palou completed the podium in third, his second top three finish so far this year.

The Prema duo of Guan Yu Zhou and Robert Shwartzman?were further back on the road and finished fourth and fifth respectively.

Mick Schumacher was on the tail of Carlin’s Jehan Daruvala in the latter stages of the race, but Daruvala was able to hold onto sixth place.

A second behind them at the finish was Daruvala’s team-mate Ferdinand?Habsburg in eighth, with Fenestraz also finishing in ninth for the Carlin team.

Hitech’s Ben Hingeley rounded off the top 10, finishing the race 1.433s behind Fenestraz but with over seven seconds between him and Fabio Scherer in 11th.