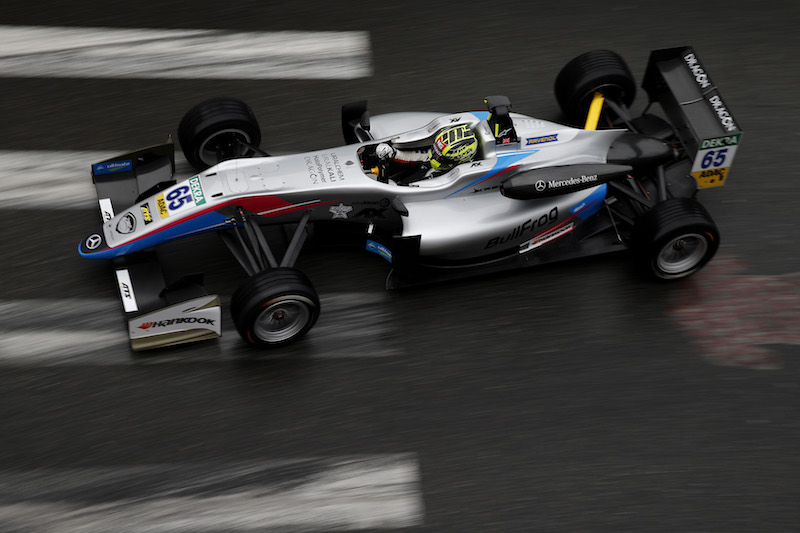 Pau Grand Prix pole-man Enaam Ahmed says he was surprised to beat drivers “who are supposed to be better than me” in the wet second qualifying session on his Formula 3 European Championship debut.

Ahmed was pipped by?0.007 seconds to the fastest time in the session by Sacha Fenestraz – a known wet-weather and street circuit expert – but took pole for the third race based on second-fastest times after posting a string of rapid laps.

“Pau in the wet is not as scary as Oulton Park or Knockhill in the wet so that gave me some confidence!” Ahmed, who is competing in his first race weekend in FIA-specification F3 this weekend and his first street circuit event, told Formula Scout.

“The track was not too bad in the wet. It was not as slippery as I thought it would be, so I just gained a load of confidence.

“On the first push lap I went off at Turn 2 [Gare], went down the escape road, and then I thought ?fuck it, slow down, build up to it again and let?s go?.

“Then when the red flag came, I processed all the information that I had and I just thought it was either do or die, so I just sent it in the last three laps.

“I?m honestly surprised that I was the quickest because I expected all the others like Fenestraz, who are theoretically supposed to be better than me because they won Eurocup, to do me. I was really surprised that I gave them a run for their money, so I?m happy with that.”

Ahmed earlier finished sixth in his first race in the series, having qualified ninth followed a disrupted pair of practice sessions.

“In the dry the reason I wasn?t on it in the qualifying was because I broke down in FP1 and I crashed in FP2, so I lost a lot of confidence,” he said.

“So I was reasonably happy to get in the top 10 but I knew the potential was there because I was purple in the first sector in qualifying but I?d fuck up the middle to last sector.

“Then when it came to second qualifying I really wanted to show what I could do, so I just grabbed the car by the balls and just sent it as hard as I could.?

Ahmed acknowledged that the quality of his start would determine his chances of winning the Grand Prix.

“I?ve been getting average starts so far. I?ve always been a good starter but it?s different in F3 with the carbon clutch, so let?s see how it goes. I?d be happy to get a podium.”