Home Featured Enaam Ahmed: “No one is expecting anything from me” in European F3
FIA European F3News 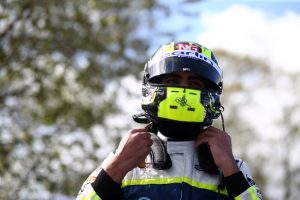 Hitech GP driver Enaam Ahmed has underplayed expectations of him in European Formula 3 this year, claiming “no one is expecting anything from me” in his first season in the championship.

Ahmed is one of 14 rookies announced so far for the 2018 European F3 season, and the most successful as a winner of an F3 championship already.

The 18-year-old is adamant that his status as BRDC British F3 champion means little on the European stage though, and picks himself out as one of the “underdog” drivers for this year.

“To be honest, no one is expecting anything from me. I?m coming from a lower-rated championship from the UK, a national championship,” Ahmed told Formula Scout.

“I won British F3, but it’s not considered the same league as Eurocup or stuff like that.

“If I was looking at a young driver, I?d want to see how they do in European F3.

“All these guys have been racing in Europe and they?re considered some of the best young drivers. Which is fine. I have to prove myself to see if I actually can race against some of these guys.

Ahmed is part of a three car line-up for Hitech, with British F3 rival Ben Hingeley and Japanese F3 frontrunner Alex Palou joining him at the British squad.