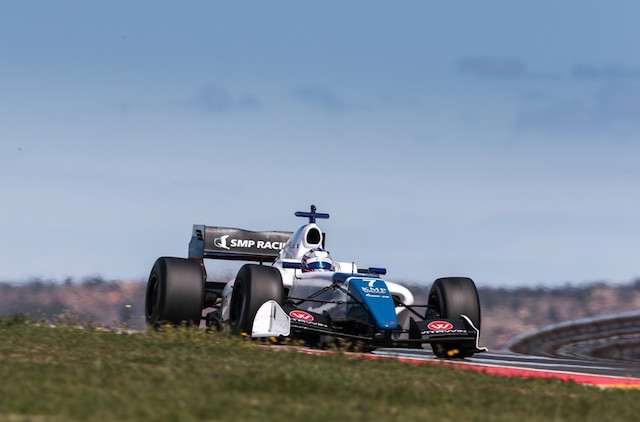 Egor Orudzhev showed his hand by topping?the first day of the second and final Formula V8 3.5 test at Motorland Aragon.

Orudzhev outpaced fellow second-year driver?Tom Dillmann by just 0.017 seconds in the afternoon session, while?Matthieu Vaxiviere was only 0.053s off the pace in third having led the way in the morning.

Beitske Visser has switched from Strakka Racing to Teo Martin Motorsport for this test – a week prior to the opening round at Aragon – and was fifth quickest, two places ahead of team-mate?Yu Kanamaru with?Louis Deletraz in sixth.

Strakka, which also ran Emil Bernstorff at the Barcelona test, is absent, with only 15 cars present. Matevos Isaakyan has switched from Teo Martin to the Amato Ferrari-run SMP Racing team in place of?Vladimir Atoev.