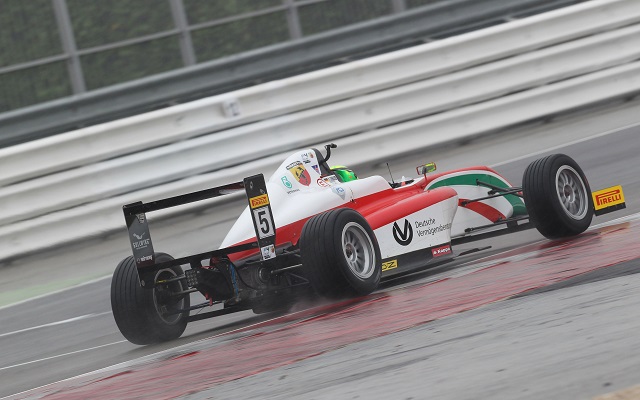 Prema Powerteam’s Mick Schumacher doubled up in the second, wet Italian F4 race at Misano, which featured the B and C groups of the field.

Running under rainy conditions, the race started behind the safety car and, once green, pole-sitter Schumacher comfortable led the field.

The German’s teammate Juan Manuel Correa and Diego Bertonelli managed keep up, the trio pulling away from the rest of the field.

However, it was Job van Uitert crossing the checkered line second.

Originally second on the grid, the Dutchman fell back in the order during the safety car phase only to impressively fight back.

He even showed better pace than Schumacher during the final laps but, being three seconds behind, Van Uitert settled for second.

Bertonelli completed the podium after a successful move on car racing rookie Correa.

The round will continue tomorrow with the race of Group A and C and then the final, featuring the top 36 drivers.