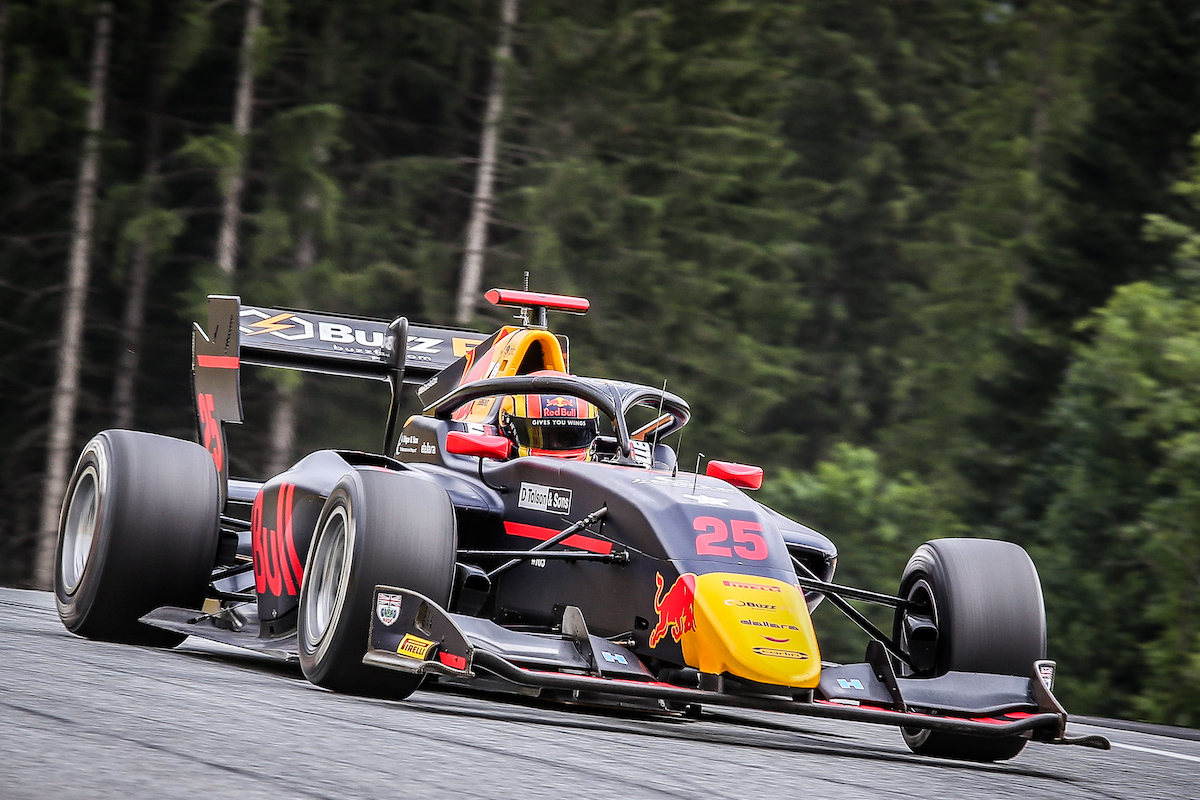 Red Bull junior Jonny Edgar hopes that his stand-in team-mate Jake Hughes will be able to push both himself and the Carlin team forward in FIA Formula 3.

Hughes will be driving for Carlin at the Hungaroring in place of BRDC British F3 champion Kaylen Frederick, who was injured in a collision at the Red Bull Ring at the start of the month.

Frederick is expected to return to the car for the next round at Spa-Francorchamps in August, and Hughes thanked the American driver’s sponsors – who remain on his car in Hungary – as well as team boss Trevor Carlin for calling upon his experience.

The Mercedes Formula 1 and Formula E simulator driver raced with the current FIA F3 car in 2019 and 2020 with HWA Racelab, and first competed in GP3 back in 2016. The 27-year old finished seventh in the championship last year, scored 80.5% of HWA’s points and took two wins in the process.

Edgar, who has picked up all bar two of Carlin’s 25 points so far this season, was asked on Thursday by Formula Scout about what Hughes can bring to the table.

“We spoke quite a bit today,” he said. “On the track walk, he was saying what he knows about the car and this track as he’s raced here a lot. I think already today, just from speaking to him, he’s been quite useful for me, also for the team.”

Carlin currently sits eighth in the standings with a brace of fifth-place finishes from Edgar in partial reversed-grid races being the team’s best results.

“He has a lot of experience in this car and he brings a new perspective into it. Hopefully over the weekend as well, his feedback on the car, obviously with more experience than me, Kaylen and Ido [Cohen] have, I think it’ll be more helpful for the team as well, kind of choosing the direction to go on the setup.

“Also for me on the driving side, it will be good to have him as a reference because he’s won races, been on the podium before, but I think I’ll be able to learn a lot on that side as well. Probably the tyre management too, will be another big thing that I expect him to be pretty good at that it will be useful to learn from.”

While Frederick will not be driving, he will be present with the team throughout the weekend at Budapest.

“He’s not here today, I think he flies at some point today,” Edgar said. “He’s coming to the track tomorrow [Friday], just to be here. I think also for him he will be able to carry on learning, even though he can’t drive yet.

“Obviously, it’s a shame for him that he has to miss the race because of the injury, but hopefully he’ll be back for Spa and be OK by then.”