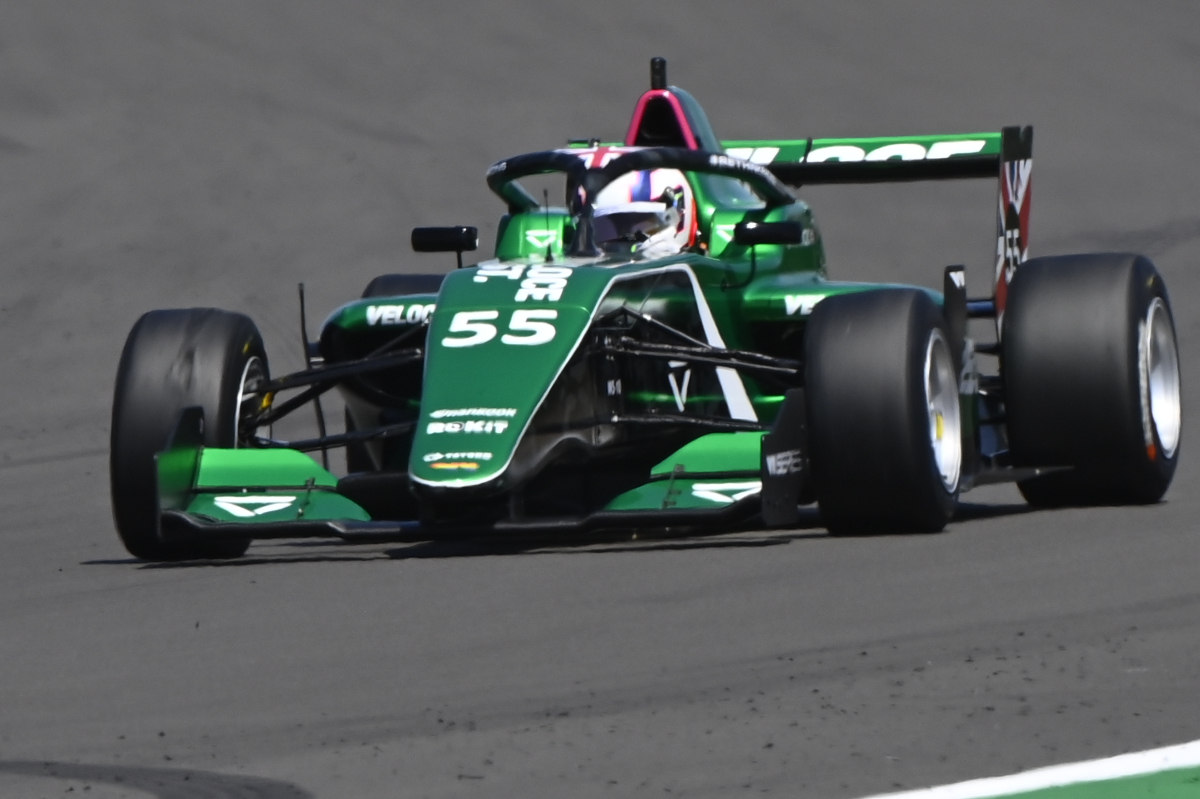 Jamie Chadwick led practice at the Hungaroring for the fourth round of the W Series season, topping the timesheet ahead of Beitske Visser.

Chadwick put in a 1m43.317s laptimes that, and was the fastest of anyone in the first two sectors, to go over seven-tenths quicker than Visser’s best lap.

Fabienne Wohlwend was third fastest with a 1m44.424s lap over a second slower than Chadwick, who in addition to being quickest was also the first to set a flying lap of 1m44.664s – a lap that was hampered after losing time over the kerbs.

Visser was the first to battle with Chadwick’s early benchmark before getting bumped down as Chadwick went over six tenths clear before increasing the gap to one second to the rest of the field with 20 minutes to go.

Silverstone winner Alice Powell set the fifth fastest lap, failing to match the pace of her title rivals, in the first half of the session.

A number of drivers went wide at Turn 4 throughout practice and Irina Sidorkova notably swerved into the run-off in the last six minutes but avoided the barriers.

Powell leads the championship going into this weekend, six points ahead of defending champion Chadwick. It looks like Chadwick’s Extreme E programme will come to just one race appearance now, as the next two rounds clash with W Series.

Caitlin Wood, racing in W Series this weekend for the first time this season, set a 1m45.031s to go eighth. The Australian took a best finish of fifth in the 2019 season, but by coming 13th in the standings she narrowly missed out on automatic qualification for season two.