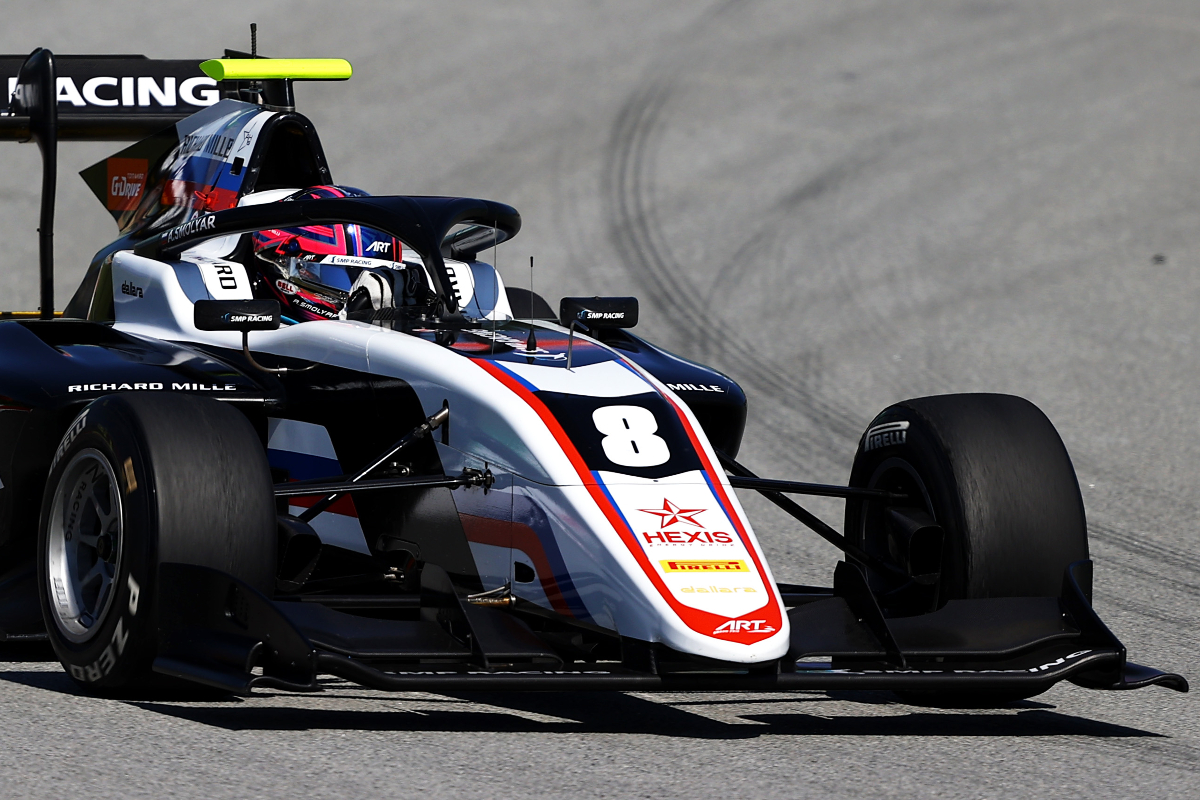 Alexander Smolyar went fastest in free practice for the fourth round of the FIA Formula 3 Championship season at the Hungaroring.

The Russian driver came out on top after late improvements which brought him up the order to take first place in the final minutes of the session.

Series returnee Jake Hughes impressed early, hitting the ground running by sitting comfortably in the top 10. The British driver is a late signing for Carlin, as he stands in for the injured Kaylen Frederick.

David Schumacher was also one to watch early on as he made his way to first place on the timesheet.

As the weather heated up, so did the laptimes in the final minutes of practice and most teams went out at the end on new sets of fresh rubber.

Prema’s Dennis Hauger took second on his final run, while team-mate Ollie Caldwell ended up fifth at the chequered flag as Trident drivers Schumacher and Clement Novalak spoiled the party, rising up to third and fourth with their final laps.

ART Grand Prix’s Frederik Vesti was sixth fastest, and Hughes contined his early-session form to come seventh. He was narrowly faster than Lorenzo Colombo, who impressed for Campos Racing to end free practice in eighth.

Jack Doohan, currently third in the standings in the third of Trident’s cars, was a lowly 17th in practice and 1.4s slower than Smolyar. Similarly, Victor Martins – fifth in the points – could only manage to go 28th fastest and was 2.358s back while MP Motorsport team-mates Caio Collet and Tijmen van der Helm were 22nd and 30th.