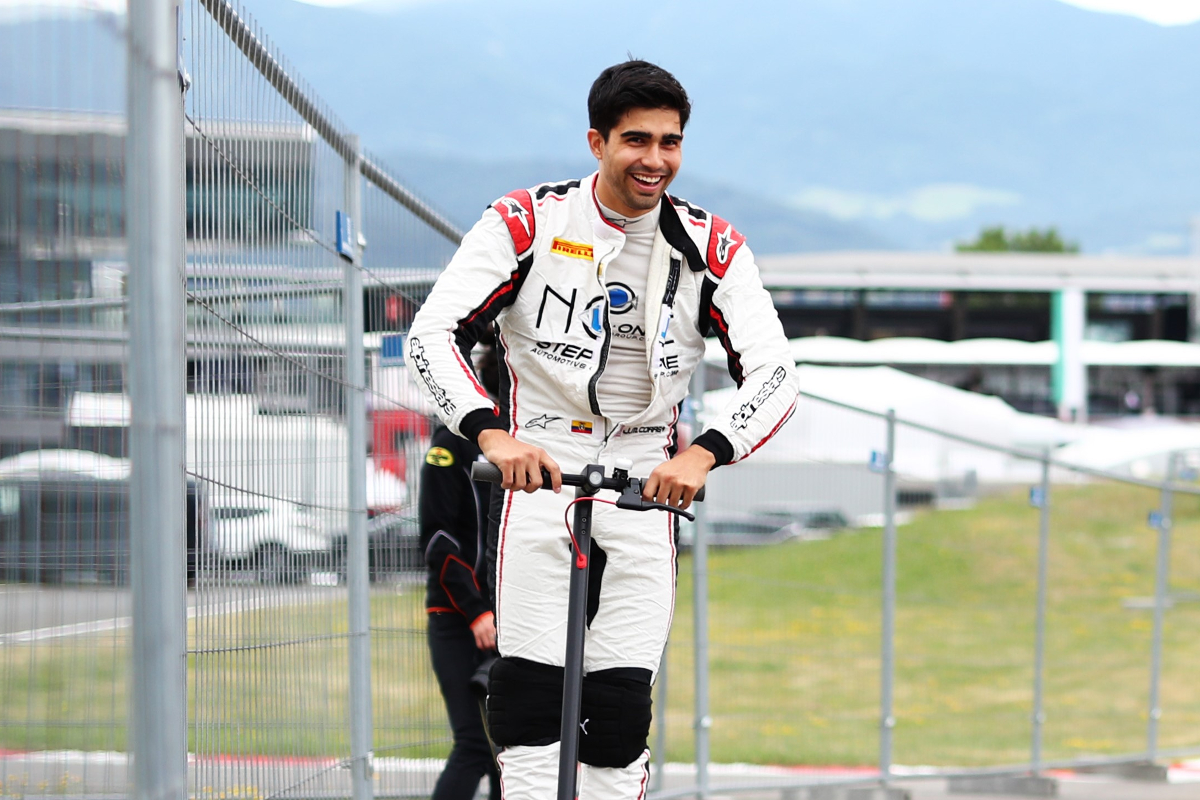 In addition to his aim of a Formula 2 return, as he continues to recover from his leg-breaking 2019 crash, Juan Manuel Correa says he’s looking at IndyCar for 2022.

Correa was seriously injured two years ago a crash at Spa-Francorchamps that also claimed Anthoine Hubert’s life. After sitting 2020 out while rehabilitating, he’s returned to racing with ART Grand Prix in the FIA Formula 3 Championship.

He has a best finish of sixth from the nine races held so far in 2021, and sits 18th in the standings. Correa told Formula Scout in the press conference prior to the Hungaroring round that he will leave F3 next year.

“I definitely see myself stepping up – not F3,” he said. “F2 is definitely on the table, maybe even going to America. We’re considering all options at the moment.”

Asked which North American series he’s considering, he revealed: “I’m looking at IndyCar. Indy Lights is also an option but it’s a bit too early really to tell you which way we would go.

“Maybe also doing in conjunction with a few IMSA [sportscar races], we have some contacts there as well, so just looking a bit around.”

He added: “IndyCar is a category that I follow quite a bit and it makes for great racing, so I think that’s kind of the direction that we’ve been looking at.”

Correa also spoke about the latest steps in his injury rehabilitation.

“So it’s still a pretty big chunk that we have to focus on rehab, and it will continue to be that way I’m guessing until the end of the season at least. But slowly I am definitely feeling more like a racing driver. Both on fitness, but also on how much energy I’m using outside of the track.

“It’s a big thing when you have these long breaks, when normally you would like to disconnect a bit, think only about the racing. For me I haven’t had a single week to disconnect since I’ve started. But slowly we’re getting there.

“I think the main points we still need to work at is the legs, especially the left leg with the braking.

“This is going to be my first weekend using the normal brake pump, so it’s going to be interesting to see how that goes. But I’m sure it’s not going to be easy, and also this track is physical.

“Slowly we’re shifting the scale back to where I want it to be, but at the end this year for me, the season is important but even more important for me is to get a good rehab and to prepare myself for next season because that’s really my proper comeback to put it that way.

He concluded that while he wants results, “we’re not trying to sacrifice anything on the rehab side”.