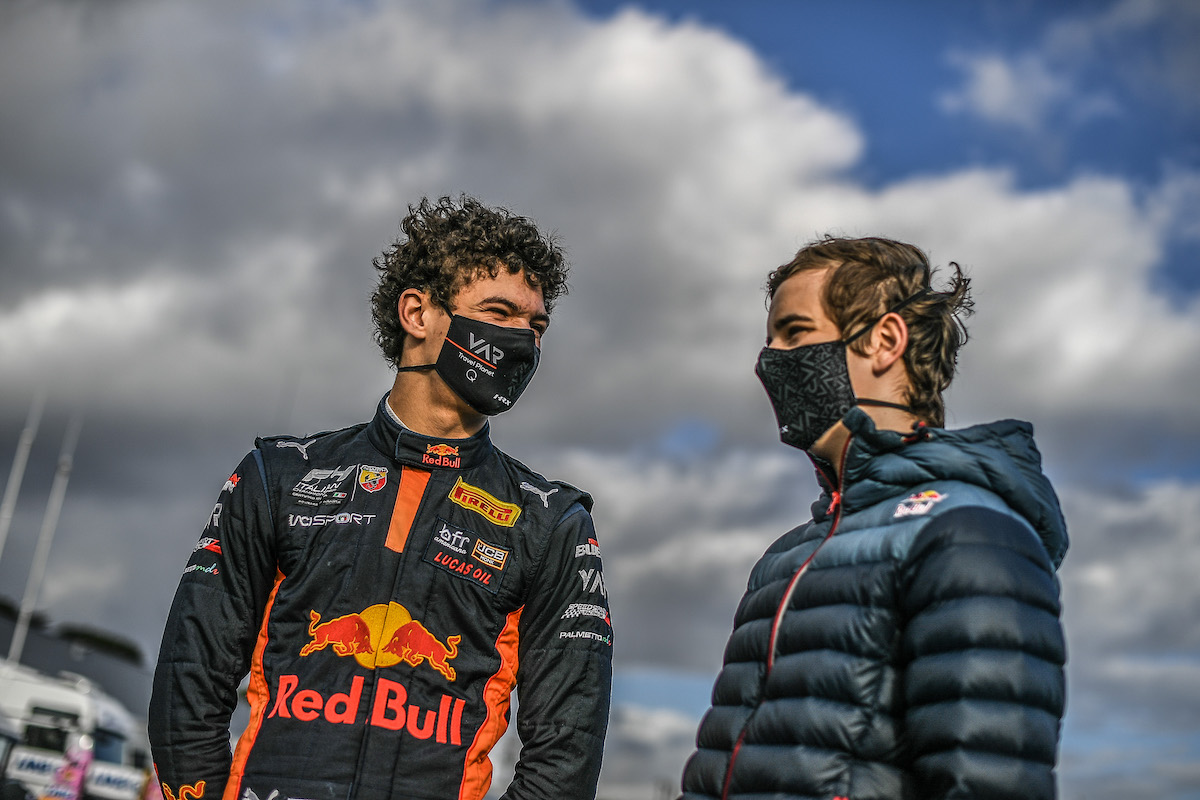 Red Bull juniors Jonny Edgar and Jak Crawford have secured promotions to FIA Formula 3 for 2021 with the Carlin and Hitech teams respectively.

Edgar and Crawford battled for the ADAC Formula 4 title in 2020 as team-mates for Van Amersfoort Racing, with Edgar prevailing by just two points in a final-race showdown.

The pair also won twice each from non-clashing rounds of the Italian F4 championship.

By now joining Carlin, Edgar will drive for a team from his home country of Britain for the first time in single-seaters following two seasons on the European continent.

“I’m thrilled to be joining Carlin and stepping up to the FIA F3 Championship this season,” he said.

“I experienced the FIA F3 car in the post-season tests at the end of last year and really enjoyed the increase in power and technicality of the car which is a real step up from what I’m used to.

“Since then, I’ve also enjoyed my time at the Carlin workshop and feel like we’ve already started to work well together. I can’t wait to get back in the car again when pre-season testing starts in February.”

He’s the first driver to be announced by Carlin for FIA F3, where it claimed two podium finishes with Clement Novalak in 2020.

“Jonny is a really exciting young talent and we’re very proud to have him join us and continue our relationship with the Red Bull Junior Team,” team boss Trevor Carlin said.

“The FIA F3 Championship is one of the most competitive in the world and in a series where consistency is key, the pressure on rookies in a 30-car field is immense.

“However, Jonny has shown he has great talent and we have been working incredibly hard over the winter to deliver a competitive package to help him achieve his potential.  He’s been a delight to work with in the factory and I look forward to seeing what he can achieve this season.”

Crawford will celebrate his 16th birthday a week before the opening round of the F3 season in Barcelona in May.

He is one of two rookies confirmed in the Hitech line-up together with new Red Bull recruit Ayumu Iwasa, whose seat was made official by Honda earlier on Friday.

“I am excited to make a step up from F4 to compete in the competitive field of drivers,” Crawford said.

“With the success the team has had in previous years, I hope I can achieve the same results and fight at the front of the field.”

In total, five drivers will race in FIA F3 with Red Bull backing this year. Both Dennis Hauger and Jack Doohan will continue as “Red Bull supported drivers” alongside the Junior Team setup. Hauger had already signed with Prema, while Doohan tested exclusively for Trident since the end of the season.

Red Bull has also added Anglo-Swedish driver Arvid Lindblad as a supported driver, who will continue in karting for another year.

Igor Fraga has not been named as part of the Red Bull roster for this season, but is expected to join Crawford and Iwasa in the Hitech F3 line-up.