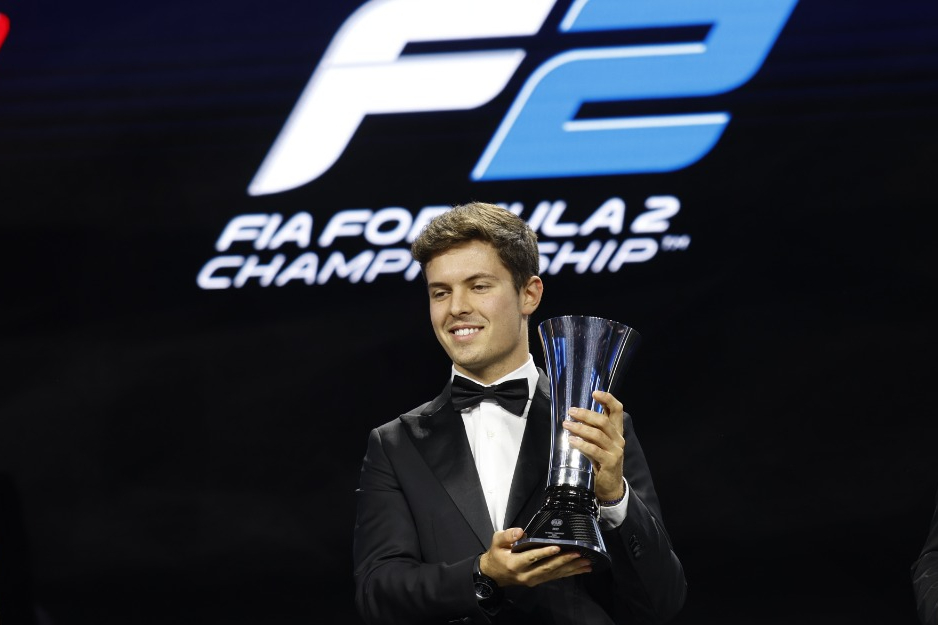 Formula 2 champion Felipe Drugovich says he has already moved on from anguish at only landing a reserve driver role in Formula 1 next year rather than a race seat.

Drugovich’s future was decided in September during the Italian Grand Prix weekend when he won the F2 title, making another season in it impossible, and was signed by Aston Martin as its first ever F1 junior and as a reserve driver for 2023.

At the FIA’s end-of-year prize-giving event, Drugovich was asked about how next year will be spent.

“I’m going to be following the team, trying to learn as much as I can, I’ll be doing a few FP1s as well next year,” he said.

“That’s something very nice to look forward to, and the team is also keen to letting me do also something else. Which I don’t know yet, but we’re trying to see if there is an opportunity to keep racing, just keep the activity going, but the priority is always going to be F1.”

Drugovich has already spoken about his ambitions to combine F1 duties with another racing programme, and during summer he was a contender for a seat at a top IndyCar team before he signed with Aston Martin.

“We have no real directions until now [on the racing programme]. I’m just hoping I can race something professionally, and also something that doesn’t really clash so much with F1. It has to be a programme that doesn’t take so many days from my year. But anything over F2 I’ll be looking at, so that can be hypercar, Super Formula or anything. I don’t know yet what it is.”

There are few seats available in IndyCar and SF, which has just held its post-season test, and in both series it will be difficult to get the opportunity to trial a car until next year. As for hypercars, sportscar racing’s new top class, Drugovich said “it will be amazing” if he could race one in the Le Mans 24 Hours.

“Obviously winning the F2 championship, I wanted to be in F1 next year in any way. But when I saw that was not possible, I think Aston Martin gave me the best opportunity that I could get, apart from actually [racing] in F1 the whole time.

“It was not so nice at the beginning, but now I realise that it’s a very good programme I’m starting with them. It’s also, they are starting the young driver programme for Aston Martin so they really want to make it work with me. I’ll be around, I’ll be doing test days also in a older car, which will get me prepared. And hopefully in one or two years’ time I’ll be there.”

Drugovich is “really a lot” looking forward to learning from incoming Aston driver Fernando Alonso, after working together in F1’s post-season test.

“He was driving, so already in one day I could learn a lot from him. I think next year I’ll be trying to absorb as much as I can.”