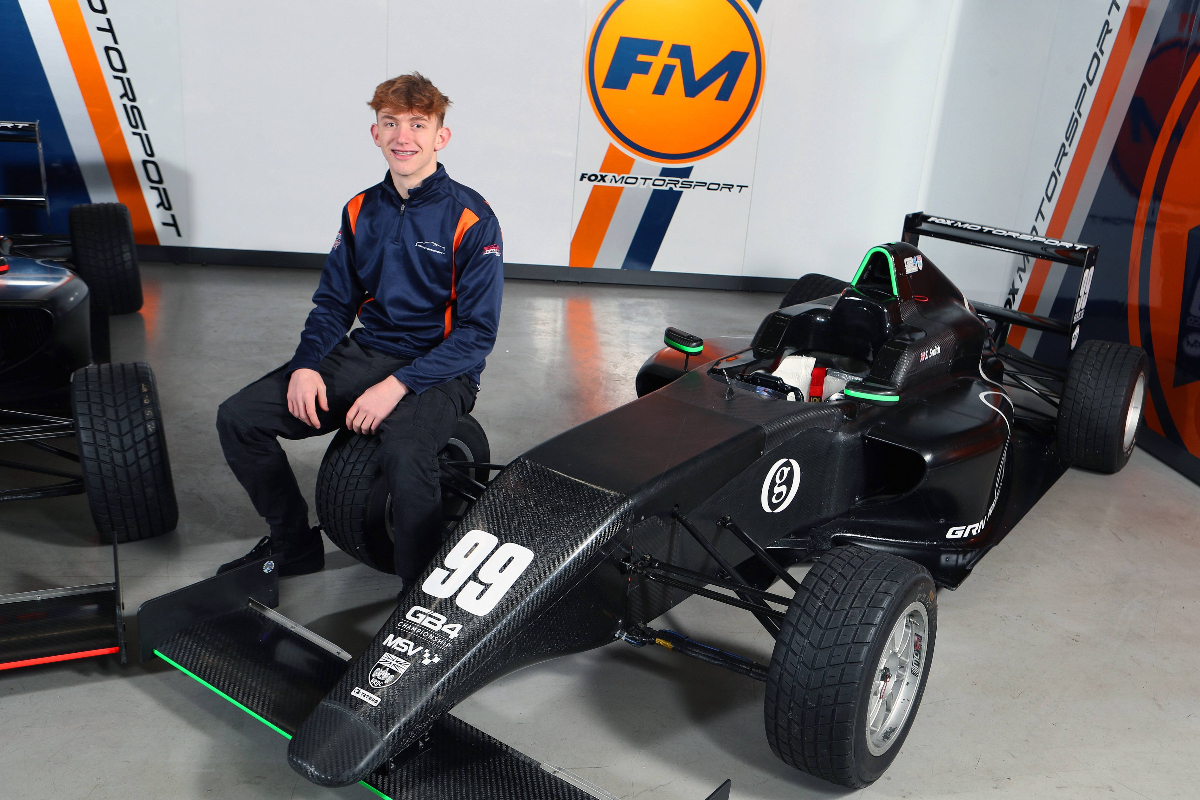 The 16-year-old spent three seasons in the entry-level tin-top series, coming ninth in 2020, third in 2021 (with one win) and then claiming this year’s title with six victories, two poles and four fastest laps.

He also contested the final two Ginetta Junior rounds of 2022 with Fox, and claimed a top-10 finish.

“I’m so excited to step up to GB4 next year. It’s a totally new challenge for me and one I can’t wait for,” said Smith.

“Racing a single-seater will be totally different to either the Ginetta or the Fiesta. Having the experience of racing the Ginetta and getting used to rear-wheel-drive is already a huge help and having the consistency of having done a few events with Fox Motorsport means I’ve built some key relationships in the team.

“I now have plenty of time to step-up my physical and mental preparation for the new season and I’ll be spending hitting the sim and the gym pretty hard. Bring on April.”

Smith is the second signing for Fox, partnering 2021 Ginetta Junior runner-up Liam McNeilly. He is the son of Fox team boss Paul.

“We’re delighted that Sid will be staying with us at Fox Motorsport as we each tackle a full season in single-seater racing for the first time,” said McNeilly Sr.

“His progress since stepping into a Ginetta Junior car has been rapid and the experience of hugely intense pack racing and rear-wheel-drive has been hugely important in adding to what he’s learnt in Fiestas.

“In Sid and Liam we have a strong line-up of rookies, but rookies nonetheless so we’ll be using all the time we can over the winter to make sure both are fully prepared for the new season.”