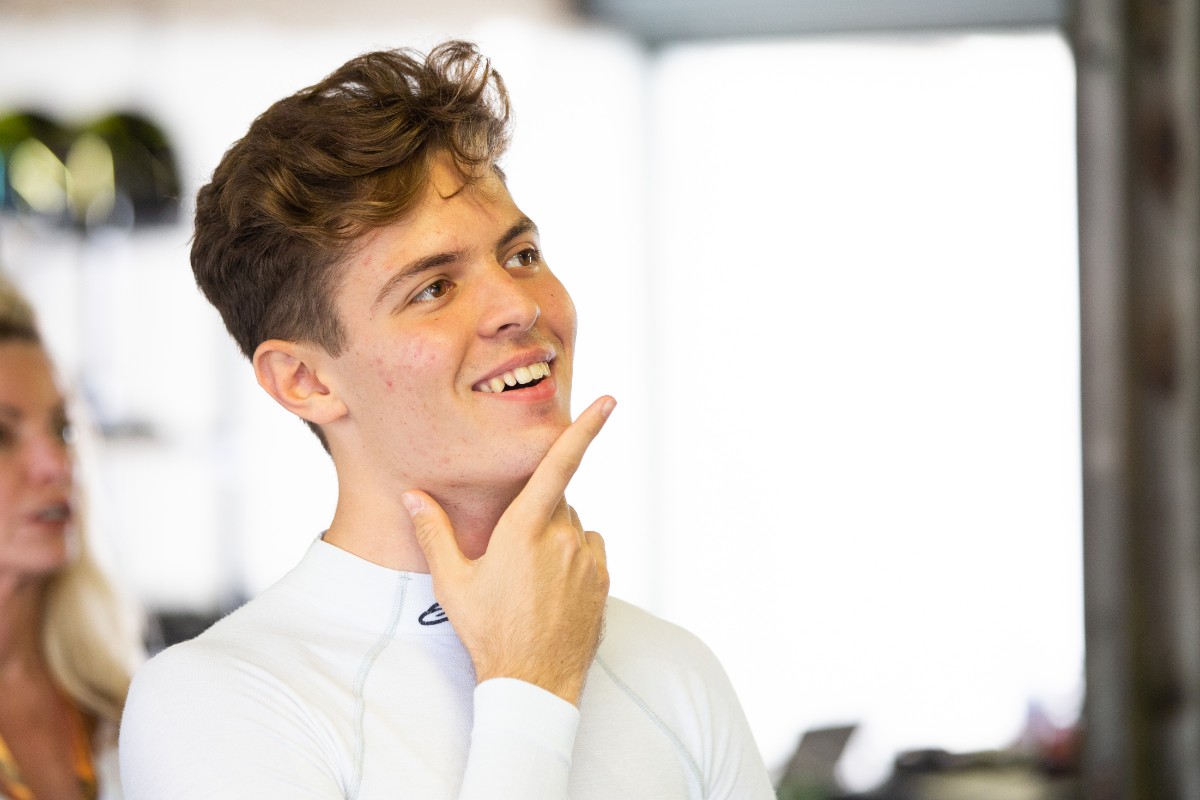 Felipe Drugovich revived memories of his 2018 Euroformula title with a dominant win at Silverstone in the iRacing-based April Isolation Dallara Formula 3 Esports series.

The Formula 2-bound Brazilian was fastest in qualifying, which set the grid for two heat races due to the size of the entry list, ahead of Macau Grand Prix winner Richard Verschoor and Formula Regional European champion Frederik Vesti.

Vesti’s challenge to Drugovich only lasted one lap of their heat, as he slowed down at the start of lap two. Red Bull junior Liam Lawson should have been best placed to benefit, but he had stopped on track, leaving former Formula Renault Eurocup racer Ramez Azzam in second place.

He had no answer to Drugovich, and the Brazilian took a dominant win that put him on pole for the feature race. Fellow Euroformula champion Ed Jones finished third ahead of Renault junior Caio Collet and Vesti.

Event organiser Enzo Mucci and Nick Yelloly were involved in a big crash on lap two of five, while a netcode error put points leader and Formula 4 driver Muhammad Ibrahim off-track and damage picked up as a result ended his race.

The feature race started with a huge multi-car crash at The Loop, and another at Brooklands that caught out many of the drivers in the top half of the 58-car grid.

This time Drugovich did have a challenge, with Verschoor reeling off several fastest laps in the first half of the race. In the second half the series debutant struck back, and put himself 2.54 seconds clear by the chequered flag.

Barrichello finished a close third, with Hauger in fourth after putting Vesti out of the race in a early clash while fighting over the position.

BRDC British Formula 3 race-winner Nico Varrone had a dramatic heat, but avoided being attacked from all sides in the feature race and F3 colleague Calan Williams to seventh after the latter slowed on the Hangar Straight mid-race.

Lawson prevailed in a thrilling battle with Ginetta Junior-bound karter Georgi Dimitrov for ninth, and Aron was 11th.

Ibrahim’s charge up the order took him to 13th, some 20s but only two places ahead of title rival Fenestraz’s similar charge.