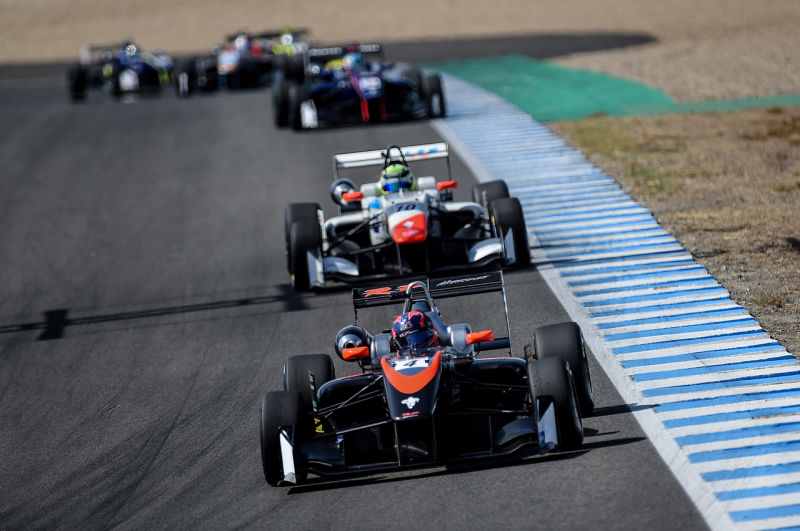 Drugovich inherited pole position after a penalty was applied to Campos Racing?s Marcos Siebert and made perfect use of it at the start. By the end of the third lap, he was ahead of the squabbling pair of Teo Martin Motosport?s Viscaal and Carlin?s Mateus Iorio by five seconds.

At the end of the 18 lap contest, Drugovich was ahead of Viscaal by a staggering 15.5 seconds.

Viscaal started second and finished there but was jumped by Iorio at the start. He worked his way back past the Brazilian in the opening laps but had a lonely race from then on. He did, however, secure the rookies title with the result.

Iorio finished third, some seven seconds behind Viscaal, taking his first podium since Spa-Francorchamps. He spent much of the race resisting pressure from Siebert, before pulling away in the closing stages.

Overtaking proved to be incredibly difficult around the Jerez circuit, with debutant Javier Gonzalez?s move on Carlin?s Cameron Das being one of just a few overtakes during the race. Drivex driver Gonzalez had an early end to his day, however, as his car stopped with five laps remaining due to a battery issue.

ADAC Formula 4 rookie champion David Schumacher had a difficult afternoon. He spent much of the race in 11th place, which is where he started, before dropping down to the back towards the end, ultimately finishing behind Dev Gore.