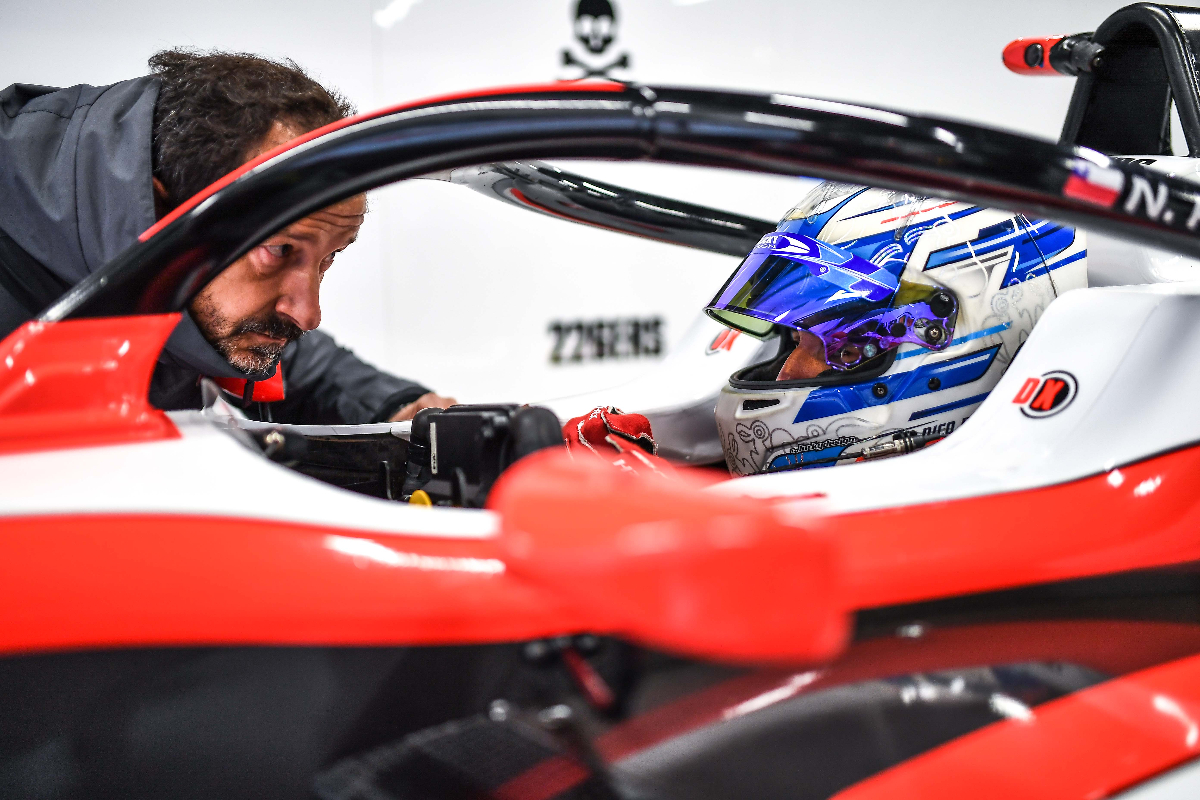 Drivex School has announced its first driver for the 2022 Euroformula season, with Nico Pino joining the team full-time having debuted with it last year.

Pino raced for Drivex in a one-off appearance at the Monza season inale, taking an eighth place finish on debut, finishing 11th in race two of the weekend and then retiring from the third race.

Since then he has tested with the team several times, and was widely anticipated to be in Euroformula in some capacity for 2022. In addition to single-seaters, he races in the European Le Mans Series’s LMP3 class for Inter Europol Competition.

“We’re so pleased to announce that Nico Pino joins Drivex team to compete in Euroformula,” announced Drivex on social media.

“After having debuted with the team last year, the Chilean driver took part in the official winter test and now is ready to face the 2022 season. Welcome back, Nico.”

Pino previously raced in British Formula 4 for a partial season in 2020, finishing no higher than eighth, and started his single-seater career with a F4 South East Asia cameo in 2019. The 17-year old has, however, been more successful in sportscars in recent years.

Pino is the 12th full-time entry to commit to the upcoming season, with six cars from Motopark and its Japanese offshoot CryptoTower Racing Team, three cars from Van Amersfoort Racing and one each from BVM Racing and Effective Racing.

The opening round takes place at Estoril next weekend (April 30-May 1), and Drivex have been in talks with Alex Peroni to fill its second car as he contested pre-season testing. However the chances of him being a full-season entry if he does end up in the series have already been downplayed.