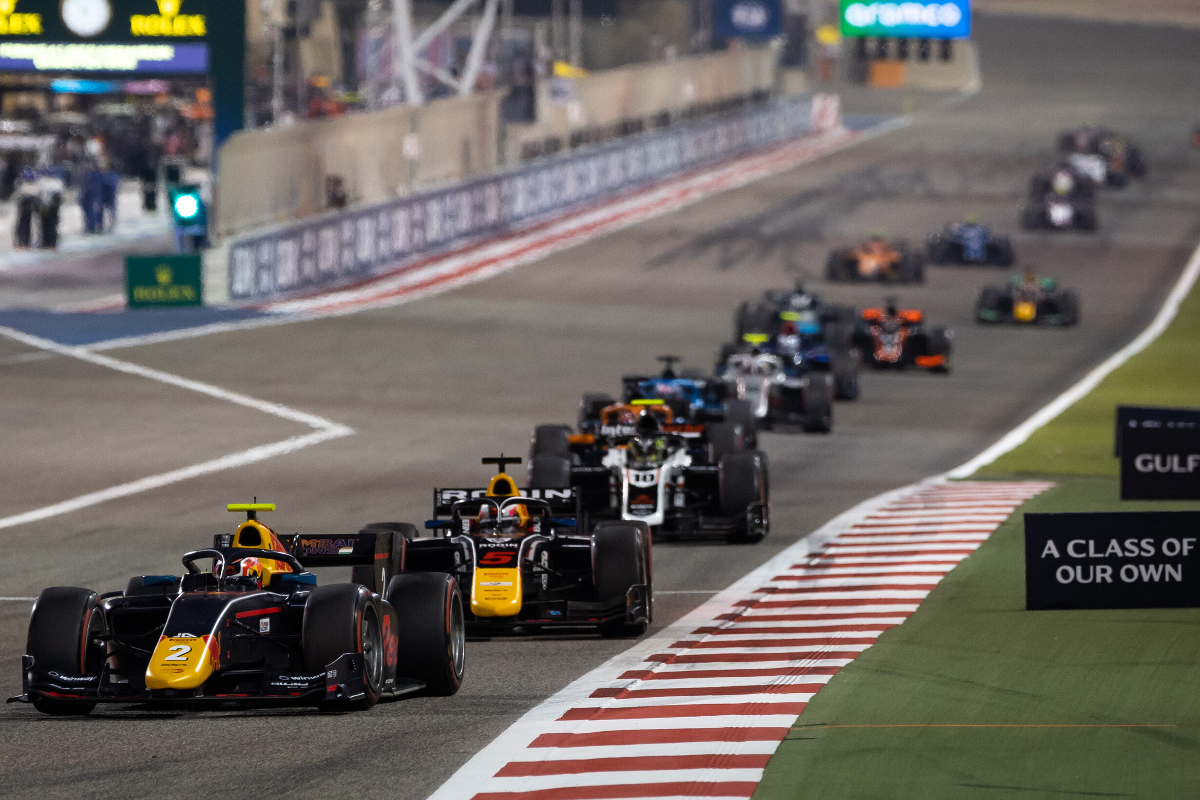 The two Formula 1 support series altered their format and rules for the second time in as many years for 2022, with a notable reduction in the points earned from sprint races with only 11 up for grabs this year.

That is down from 34 in 2021, when there were two sprint races per weekend, and down from the 17 points scoreable in previous years, putting extra emphasis on scoring in feature races where victory and fastest lap would deliver 26 points.

In addition, the grid for both races are now determined by qualifying results, meaning a bad result in one race no longer influences the one after unless any grid penalties are incurred.

F2 drivers felt after round one that this change allows them to take extra risks in Saturday’s sprint race, as they highlighted after the first one of the season at Bahrain last weekend.

“The two races are more determined from qualifying, so the drivers take a bit more risk without worrying about affecting the day after,” said Prema’s Jehan Daruvala.

“I think overall it’s more entertaining for the fans, and also for us drivers we can obviously respect each other but also race really hard and have a lot of fun out there.”

Liam Lawson added that “today’s race not affecting tomorrow is a positive as well, but I think the format is better in general, putting more priority on qualifying and the feature race”.

Before the race, ART Grand Prix’s Theo Pourchaire said he felt that the old format “was too complicated”.

“Now we are back to something really nice, and the sprint race winner will only score 10 points, which is normal because it was P10 in quali.

“I think it’s a good thing, and tomorrow [in the sprint] I can take more risks. I feel that the sprint race doesn’t count a lot, so I will try to take risks, and if I do a mistake then I will have lost only 10 points.”

“I think it’s more representative because, like Theo said, P10 starts on pole, and then all of a sudden has got the advantage to get 17 points with a clear track, easy to get the fastest lap and also the win,” said Doohan.

“It’s much more relevant also for F1 because it takes the emphasis away from the sprint race,” Vips added.

“So where you qualify is very, very important now, whereas before it was all about race pace, basically. Because most of the points were actually in the sprint races. It’s more relevant to F1 and I 100% support it.”

The F2 and F3 trend Zhou could be repeating in F1