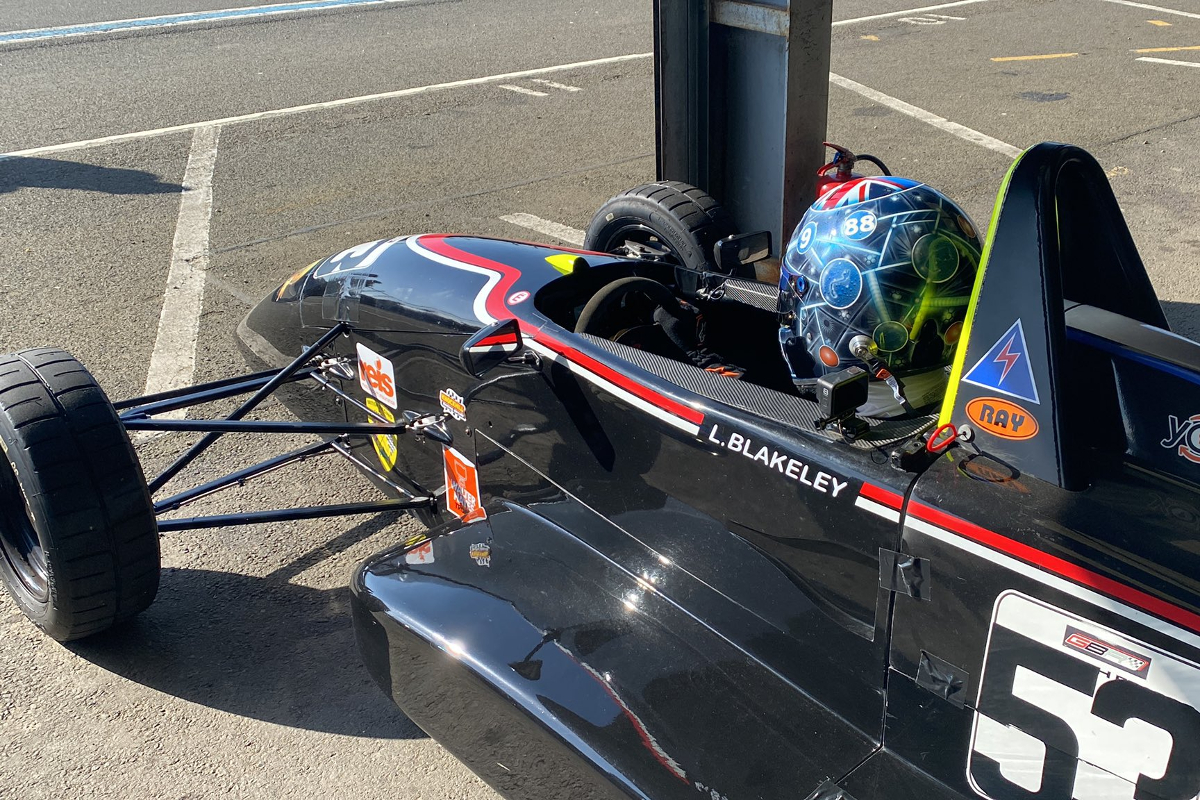 Lucas Blakeley, a star of the official F1 Esports series, will make the full-time move into real-world racing this year in Scottish Formula Ford with the Graham Brunton Racing team.

The 20-year-old from Irvine, Scotland was an official Esports driver of the Racing Point Formula 1 team in 2019, and he starred in his select appearances.

His 2020 was busier, with more Esports competitions such as The Race All-Star Series, and he stayed with the team as its racing activities were rebranded as Aston Martin for 2021.

He kicked off the 2021 F1 Esports season with a maiden win at Bahrain, won again at Algarve and led the championship but eventually came third in the standings. In January of this year he announced his departure from Aston Martin, saying it was “time to start writing the next chapter” as he prepared to move into real-world motorsport.

That first opportunity came in the Race of Champions last month on the snow in Pitea, Sweden, where he beat Sebastian Vettel in a one-to-one heat in electric rallycross cars.

He then began testing with GBR, and will be team-mate to Michael Gray in Scottish FFord.

“I’ve competed at a high level in Esports series and that combined with the lasting experience I have from when I was younger have made it slightly easier to cross over to real-world racing but it’s still a learning curve and I’m so grateful to be able to continue chasing my dream,” Blakeley said.

“I never thought I’d get the opportunity to drive a real race car and cannot wait for the season to start, I’m totally realistic about results and expectations but I’m not here to make up the numbers, I think that’s something I share with GBR. We’re here to compete!”

GBR’s FF1600 team manager Craig Brunton added: “I first chatted to Lucas a few months ago and he was incredibly greatful just for the chance to chat about racing, this developed further when he was able to visit the race shop and see the cars.

“After a seat in one he was set. His passion for the sport is incredible, a real student of the sport so even on the very first test day his feedback is relevant. It really shows the transfer from Esports to real racing is not the barrier to entry others think it is. The FF1600 car is very difficult to understand and feel what’s going on but Lucas has impressed from the get go.”

The 2022 season begins on April 10 at Knockhill, where grids will be shared with the BRSCC National FF1600 championship.