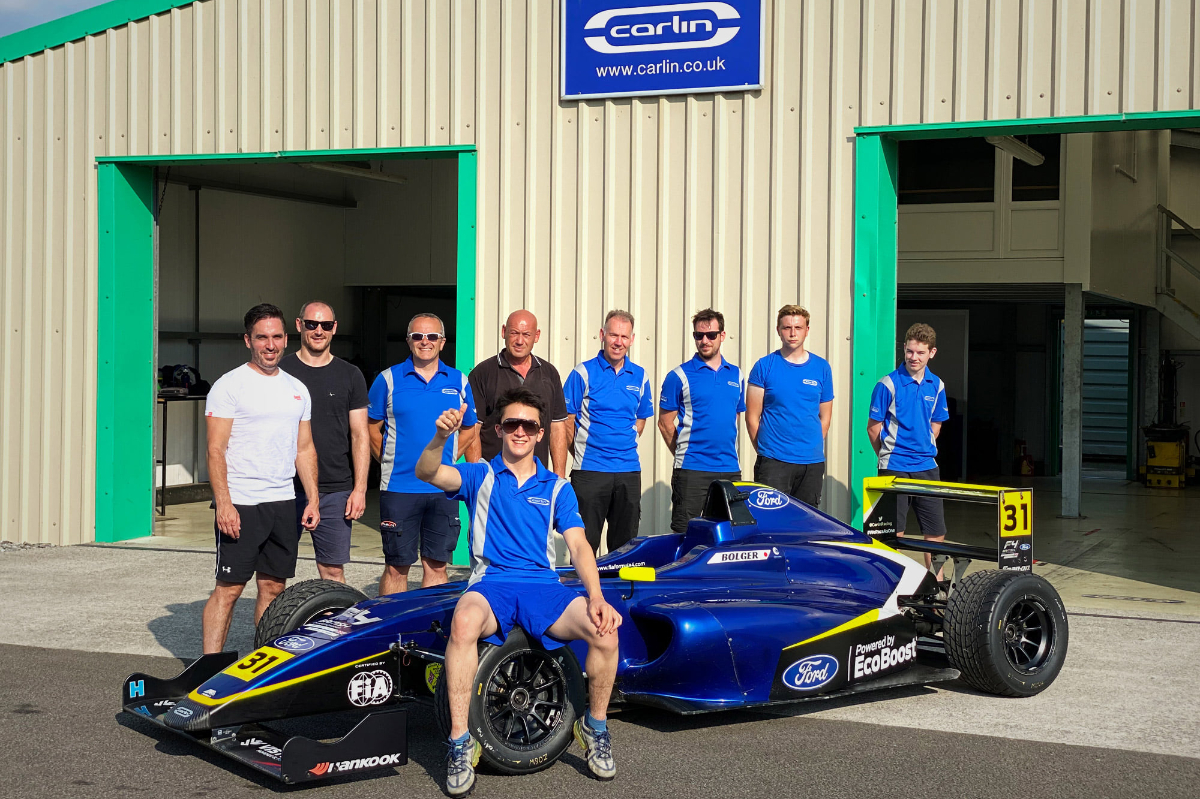 Dougie Bolger will move from karting to single-seaters with Carlin this year in British Formula 4.

The 16-year-old tested several times with the team last year, both privately and in pre-event championship tests, and has been part of the McLaren DNA programme run by the Applied technologies arm of the company that also races in Formula 1.

He also tested in prototype sportscars in 2020, while his karting efforts in Britain only ran until the middle of the year before he switched focus to preparing for 2021.

“I’m so excited to be with Carlin, especially with all the history and success they have as a team. I feel honoured to become a part of that story.

“I have tested at a few tracks already with the team, but I’m looking forward to getting into it properly and visiting some new circuits like Croft and Knockhill.

“The UK has so many great and interesting circuits. Driving in F4 is something I couldn’t imagine a few years ago, but in testing I felt very comfortable.

“I will be pushing every day with the team, Kokoro Performance and Formula to Perform at be at the front at Thruxton.”

“I’m delighted that Dougie will continue with the team, having completed a test programme with us in 2020,” Carlin’s team boss Trevor Carlin added.

“Dougie is just at the start of his career but is quickly learning and improving behind the wheel of the F4 car.

“Learning the ins and outs of race weekends will be the next challenge, but Dougie has a great team around him and the right attitude to be able to handle these challenges.

“I’m really looking forward to seeing him grow as a driver when the season kicks off in May.”

Carlin is set to announce a fourth driver before the start of the season.