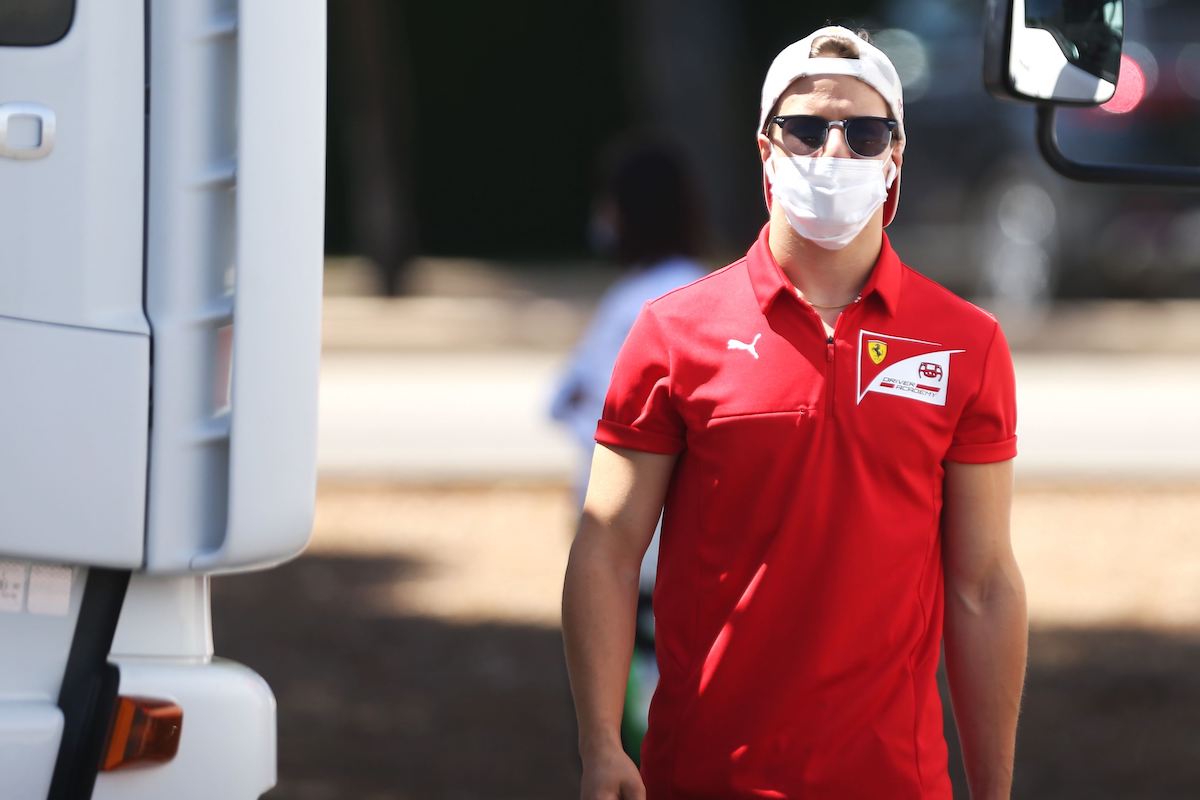 Reigning Formula Regional European champion Gianluca Petecof has announced that he will no longer be part of the Ferrari Driver Academy.

Petecof came out on top in a tense battle with Ferrari and Prema stablemate Arthur Leclerc in the 2020 FREC season at the final round of the season at Vallelunga.

The duo were the drivers to beat at the beginning of the year but were unable to sustain that form and other drivers – including third Prema driver Oliver Rasmussen – were able to challenge for wins.

Petecof also had to source additional sponsorship during the campaign in order to complete the season, but held on to take the title.

Leclerc was selected to slot into one of the three Prema cars in FIA Formula 3 for 2021 alongside Red Bull junior Dennis Hauger and former Trident driver Olli Caldwell, leaving Petecof without a seat at the frontrunning outfit.

Yet to announce a racing programme for 2021, Petecof announced his split from Ferrari on social media on Monday.

“Today I announce that I won’t continue my collaboration with the Ferrari Driver Academy for the 2021 season,” he said. “10 wins, 10 pole positions, Formula Regional European Title and 40 FIA [superlicence] points.

“These were my first three seasons in Europe in which I developed as a driver and as a person. [It] feels good to conclude this as a champion.

“Thank you to everyone in the Ferrari Driver Academy and all at Scuderia Ferrari but especially the Tifosi who have supported me since day one. See you soon. Thanks a lot.

“Now it’s time for a new chapter in my career and I can say that I’m as hungry as never before!”