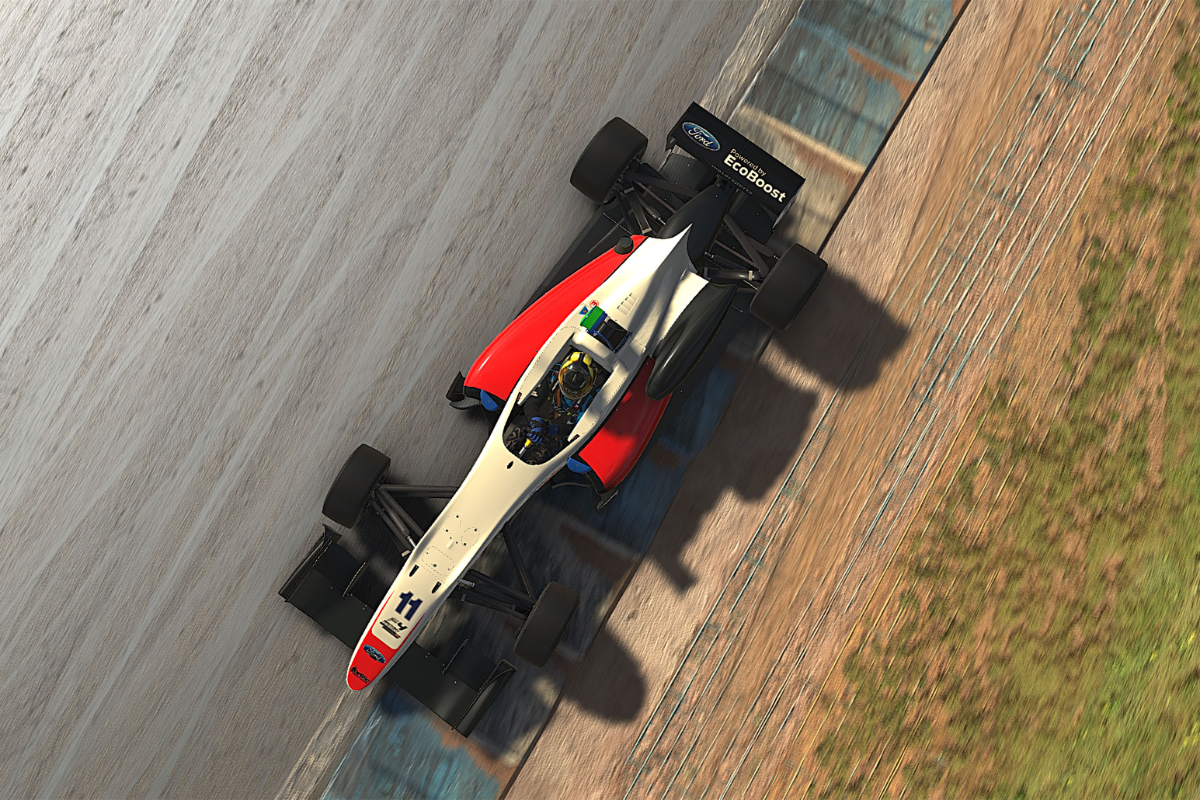 Browning started on pole for the first 20-minute race, and led away the field despite a slower getaway from fellow front-row starter Alex Palou.

Just under half of the race was spent under safety car due to a series of events at the first turn – some through obvious netcode errors and others through spins and contact, although all were able to use iRacing’s fast repair to return to the action with minimal time loss.

Once the racing resumed, reigning British F4 champion Browning was able to hold a small but significant lead to IndyCar driver Palou behind. He was largely unchallenged and notched up his third win from three starts of the series’ second season.

Arden’s Frederik Lubin came out on top of the best battle of the race with Fordzilla’s Pablo Lopez to finish fourth, while Carlin’s Kai Askey narrowly missed out on the top five after being passed by Lopez very late in the race after getting by on the previous lap. Richardson Racing’s Georgi Dimitrov made up five spots to finish seventh.

Kremers performed a brilliant start from fourth to lead going into the Wilson Hairpin as the safety car came out for numerous incidents on the opening lap. Meanwhile, Evans was judged to have jumped the start and earned a one-minute penalty which was applied at the end.

As a result, Cresswell gained a staggering 18 positions on the opening lap, while Browning made up 15.

There was confusion at the restart, as a car spun off just as the field was about to accelerate, and the safety car stayed out on track. This caused a huge crash on the pit straight, although it was possible for those involved to use their fast repair if they could.

Kremers was able to pull away when the race eventually restarted and opened a lead of about four seconds to NHR e-Sports/Fiercely Forward’s Alex Jonsson, who was the quickest Pro-Sim driver, at the end, to end Browning’s unbeaten run.

After his excellent start, Cresswell was caught up in one of the many incidents and finished well down the order.

Roman Bilinski, who was competitive in the first round at Donington Park, was absent due to taking part in real-world British F4 testing at Oulton Park.