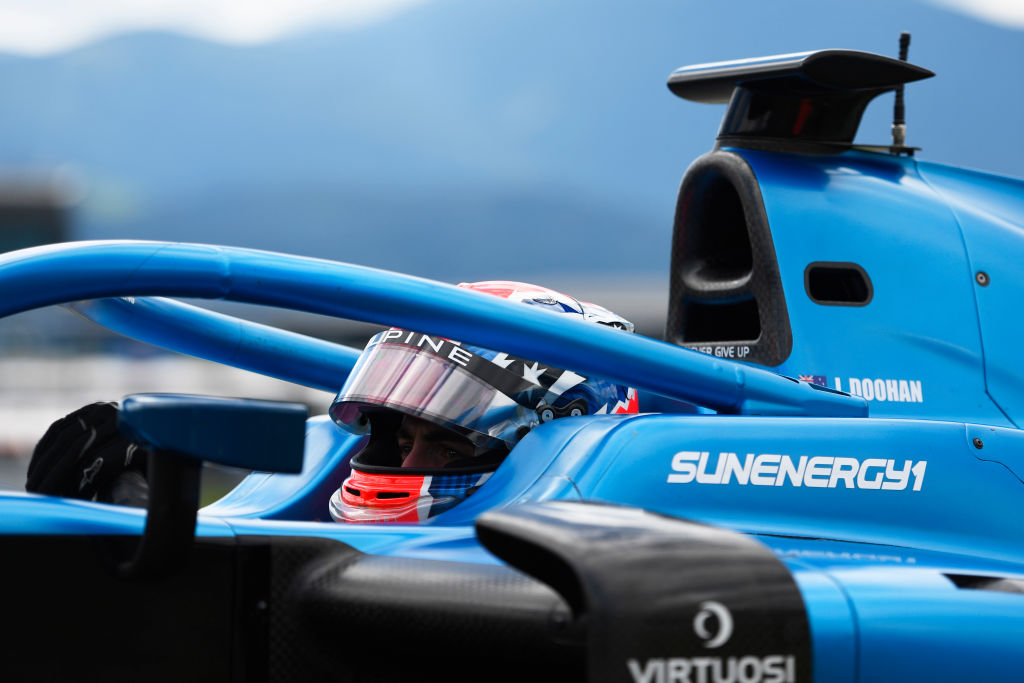 Jack Doohan led the way in Formula 2 free practice at the Hungaroring, but it was a strange end to the session for the Virtuosi Racing driver.

Doohan topped the order in the first half of the session, setting a 1m29.562s laptime. He continued to circulate, though wouldn’t find any improvements on his earlier benchmark.

In the final five minutes, his car suffered an apparent issue and he slowed on track. Doohan was able to keep going, and got off track at the exit to the support paddock.

His 2021 FIA Formula 3 Championship rival Dennis Hauger also had a difficult end to practice, suffering a heavy spin just as the chequered flag fell. Hauger, who was already under investigation for speeding in the pitlane, came to a stop by a wall and brought out the yellow flags but managed to avoid serious contact.

Laptimes rapidly tumbled in the first 15 minutes of practice. Hauger set the first benchmark with a 1m31.241s, but wouldn’t stay fastest for long as Jehan Daruvala, Theo Pourchaire, Juri Vips and Marcus Armstrong all took turns at the top.

Doohan and Hauger then swapped fastest laps before Doohan’s 1m29.562s put him out of reach.

Drugovich’s fastest lap that stood would only be enough for 13th place, while Sargeant ended the session 11th as Liam Lawson, Enzo Fittipaldi and Vips completed the top 10.