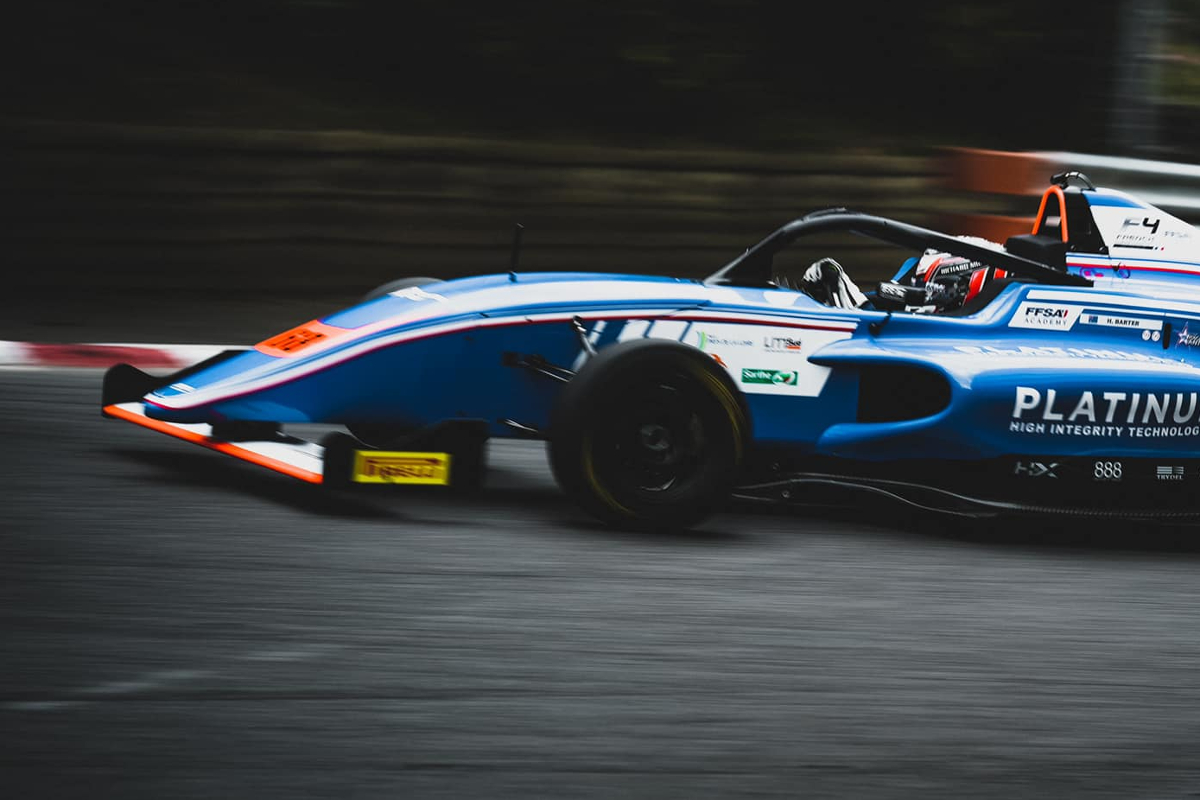 Hugh Barter comfortably won French Formula 4 race one at Spa-Francorchamps, but won’t score points from it having raced at the track in Spanish F4 earlier this year.

The Australian jumped into the lead from pole and was never threatened as he quickly built up a gap to his pursuers, taking the flag over 3.5 seconds ahead of Alessandro Giusti who inherits the points for victory and reduces Barter’s championship lead.

Giusti held off a race-long challenge from Jeronimo Berrio, although the Colombian received a 30s post-race penalty in lieu of the prescribed stop-go for overtaking Giusti under yellow flags, demoting him to 20th.

Elliott Vayron took the final podium position after Berrio’s penalty, having passed front row starter Souta Arao on the Kemmel straight on the first lap. Red Bull Junior Team-backed Honda junior Arao ran wide on the exit of La Source on the first lap, losing momentum down the hill into Eau Rouge and losing out to Giusti and Berrio before Vayron drafted past.

Behind that leading group, Enzo Peugeot was one of the few to make progress up the order as he fought his way to fifth from ninth on the grid. He was followed home by Louis Pelet and Yuto Nomura, the second Honda junior having been demoted three places on the grid.

Pierre-Alexandre Provost lost out in the first corner melee on lap one and ended up stuck in the gravel trap at La Source, necessitating the race’s only safety car period.