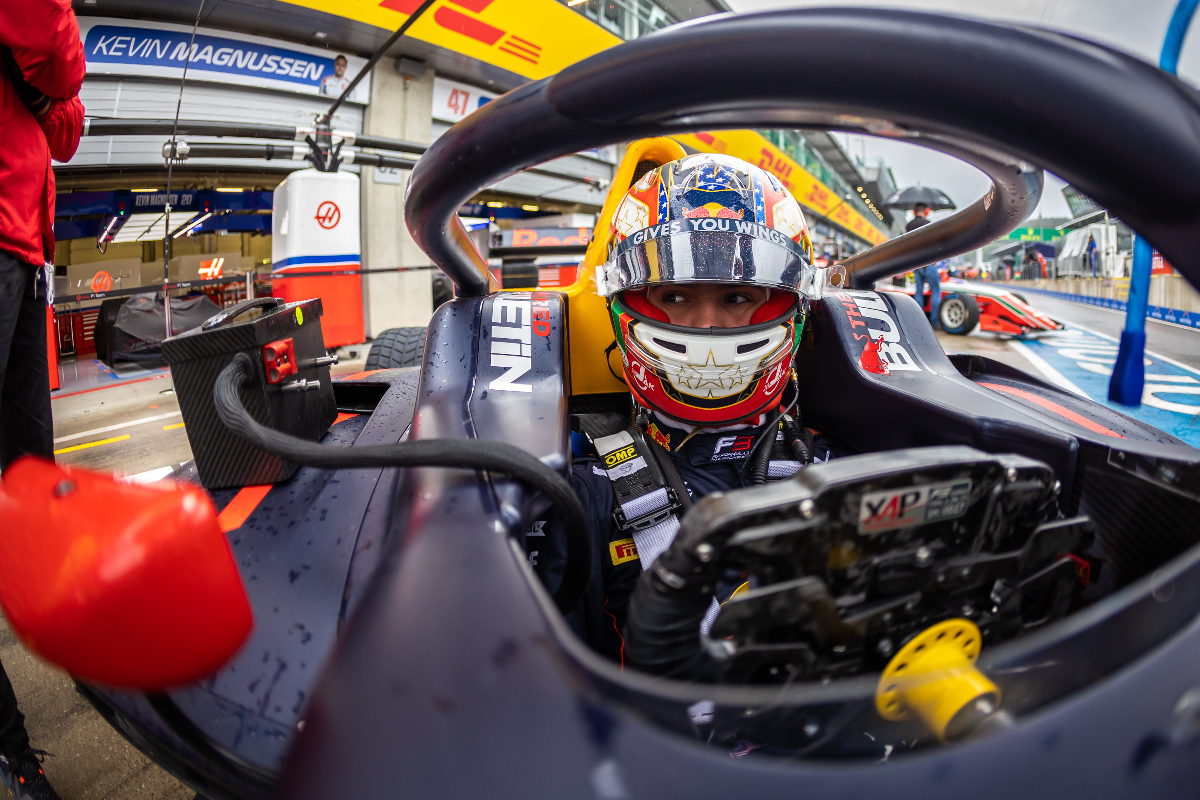 Prema’s Jak Crawford went to the top of the times at the very end of the FIA Formula 3 Championship practice session at the Hungaroring.

Crawford was one of many drivers who had laps deleted due to track limits violations, and prevented him from occupying first place on the leaderboard earlier on, only making it permanently to the top after the chequered flag came out.

Van Amersfoort Racing’s Franco Colapinto was the first driver on track and the first to set a representative pace, but running wide at the last corner meant that pace didn’t count for anything and it was Charouz Racing System’s Francesco Pizzi who was first to top the times.

Campos Racing’s Pepe Marti and David Vidales brought the pace down into the low 1m36s after the first 10 minutes of the session, by which point only seven drivers had set a lap, then a few minutes later the benchmark dropped rapidly as ART Grand Prix’s Juan Manuel Correa broke into the 1m35s, was bettered by team-mate Gregoire Saucy and then Carlin’s Zak O’Sullivan set a 1m33.789s just a few seconds later.

That laptime was deleted though, putting MP Motorsport’s Alexander Smolyar into first place with a 1m34.000s lap.

His team-mate Kush Maini brought the pace back into the 1m33s, on a far busier track after a quarter of an hour of running, then O’Sullivan set another lap good enough for first place that he could keep but only put him ahead briefly as Smolyar set a 1m33.282s.

Title contenders Arthur Leclerc and Isack Hadjar were still yet to set a lap at this point, but after 22 minutes Hadjar went fastest with the first sub-1m33s lap. That went unbeaten until Crawford set a 1m32.509s with three minutes remaining, but that was deleted and Leclerc was in first when the clock hit zero.

Trident’s Zane Maloney toppled Leclerc after the chequered flag, then Crawford went a tenth faster than him to take top spot.