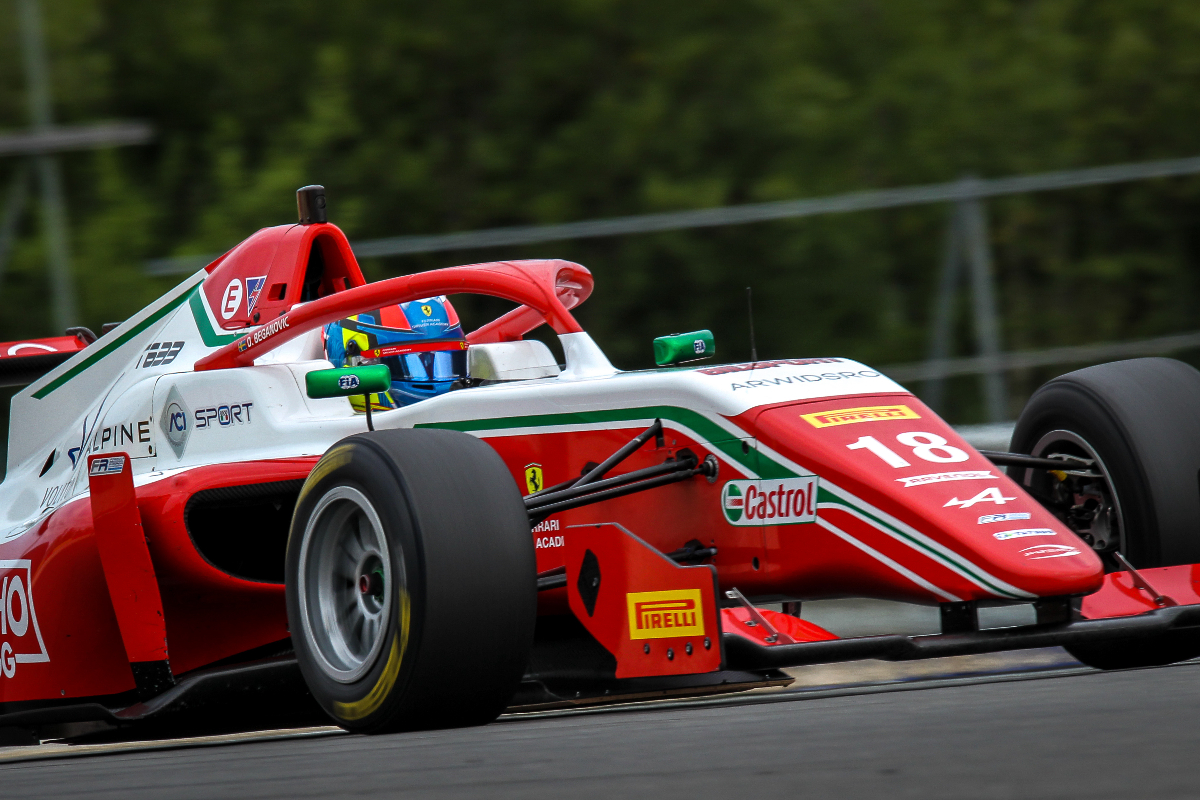 Beganovic’s best time, a 2m15.292s set on his final lap, put him on top of Group A ahead of Prema team-mates Paul Aron and Sebastian Montoya.

After a disappointing Q1 on Thursday, ART Grand Prix’s Gabriele Mini was fastest in Group B, out on track first in Q2, with a 2m15.790s. He joins Beganovic on race one’s front row.

With a significant advantage to be had from a tow on Spa’s long straights, drivers in both sessions repeatedly backed off, bunching the field up in a potentially dangerous fashion, although fortunately without any collisions caused after some took to the run-off. The stewards have announced an investigation into all the drivers involved.

The jostling was more egregious in Group A, the combination of cat-and-mouse antics and the need to warm up tyres in the earlier session meant that few drivers in Group B managed more than two flying laps.

MP Motorsport’s Sami Meguetounif was one of few to set three laps, going second fastest on his last lap, 0.184 seconds down on Mini, to earn a second-row grid slot.

Trident’s Leonardo Fornaroli continued the team’s strong pace to go third in Group B, ahead of Race Performance Motorsport’s Pietro Delli Guanti. Alongside him on row three will be Arden’s Dudu Barrichello who is showing an improved form.

Lorenzo Fluxa was the fastest R-ace GP driver, fifth in Group B, one place ahead of Hadrien David who will start at the back due to an overnight engine change. His team-mate Gabriel Bortoleto is in the same situation.

David’s attempt to escape the compressed pack on the run to Blanchimont failed to pay off despite clear track.

Van Amersfoort Racing’s Kas Haverkort was fifth in Group A, ahead of Trident’s Roman Bilinski and Tim Tramnitz who looked to have more pace in hand.

G4 Racing’s Axel Gnos withdrew before qualifying due to getting injured in a Thursday crash, and his team protested Q1’s results (following complaints from rivals too) as a mix-up with the pitlane exit light which meant some drivers lost track time being held in the pits.

Though the protest was rejected on formal grounds relating to timing and means of submission, stewards it would have failed anyway, citing force majeure.