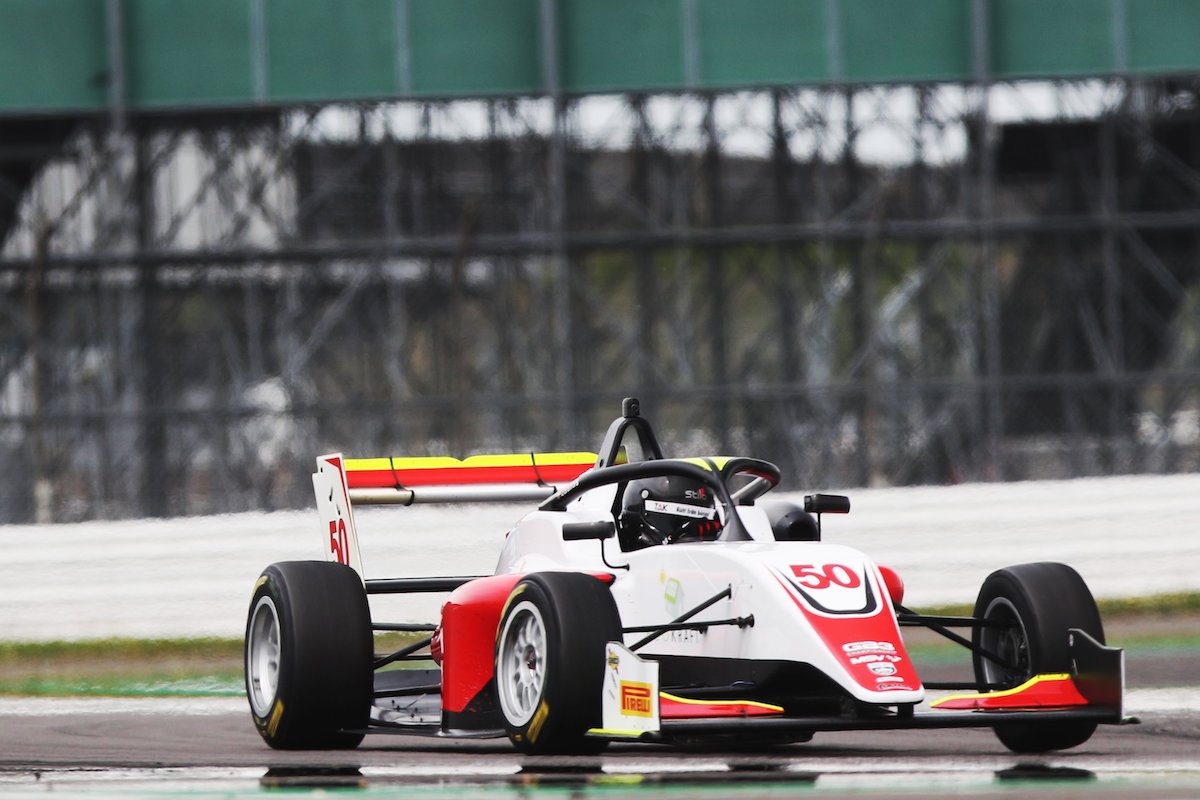 There was little to separate GB3’s chief title rivals once again during the first day of pre-event testing at Silverstone, with Joel Granfors beating Luke Browning to the fastest time.

Fortec Motorsports’ Granfors posted a 1m53.514s on the Grand Prix layout to head Hitech GP’s Browning by 0.099 seconds in the opening session, and lapped almost 0.4s quicker in session two to remain at the top at the end of Thursday morning.

Callum Voisin led session three by 0.046s from Browning, but the Carlin driver recorded his best time in session two and ended the day third fastest.

Browning set his personal best in session four, where he edged Granfors by 0.006s, but ended up 0.146s behind the Swede overall.

Javier Sagrera (Carlin) and Tom Lebbon (Elite Motorsport) both put in their fastest efforts in session three to be seventh and eighth overall.

Hitech’s Bryce Aron was ninth, having set consistent times across all four sessions, and CDR’s Branden Lee Oxley was another late improver to be 10th. Ayrton Ori put in his first laps with CDR ahead of his debut, setting his best in session three.

Taylor and Waberski topped one morning session each, when the track was shared with GB3. A revised schedule enabled GB4 to run separately in the afternoon, and Waberski edged Taylor in a slightly slower session three.

Most of the field improved in session four, with points leader Max Marzorati ending up 0.327s off the pace in third ahead of team-mate Megan Gilkes. KMR’s Tom Mills was fifth ahead of Elite’s Jack Sherwood.

RossoVerde Racing’s Christian Lester was one of 11 cars on track, but had his transponder turned off. Graham Brunton Racing’s Logan Hannah was not in action, but is expected to take part on Friday.

Ceran Singh Sokhi, who has previously tested GB3 machinery for CDR and Fortec, tested a GB4 car with the latter during the day. The team was also running a Tatuus Gen2 Formula 4 car.