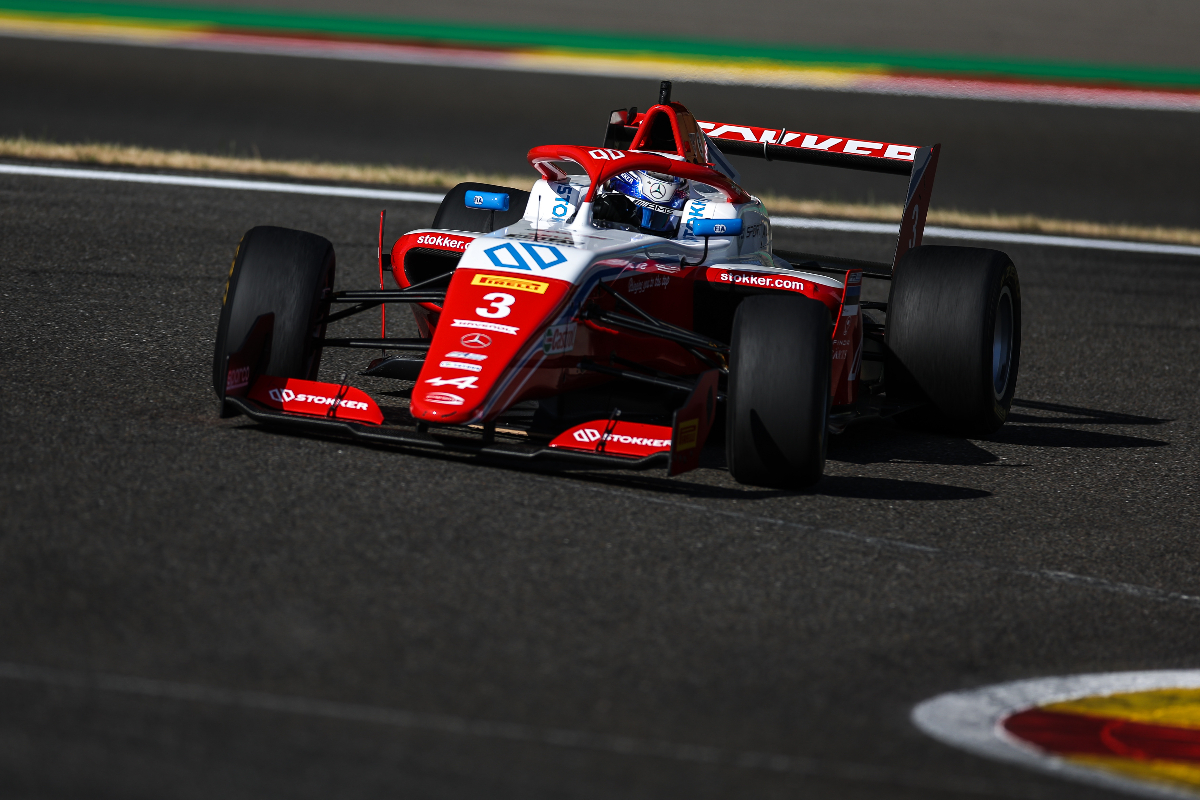 Aron set his fastest time on his fourth lap of the 15-minute session, moving ahead of Prema team-mate Dino Beganovic at the top of the times.

Ferrari junior Beganovic held on to second place meaning he will line up third on the grid, while title rival Gabriele Mini will start 10th after a difficult qualifying.

R-ace GP’s David quickly asserted himself at the top of Group B, and despite a wide moment at Fagnes held on to top the group from his team-mate Gabriel Bortoleto.

Tim Tramnitz continued his recent strong run of form to go third in Group A and fifth on the grid with Trident team-mates Leonardo Fornaroli and Roman Bilinski lining up eighth and 11th.

Lining up alongside Tramnitz on row three will be Owen Tangavelou in his second outing for Race Performance Motorsport. Tangavelou ran consistently in the leading group, looking particularly rapid in the lap’s first sector up to Les Combes.

The team that Boya left, ART Grand Prix, struggled with its three drivers. Mini never looked like challenging at the front and had to settle for fifth in the slower Group B, and although he did look on course to better his time with his final lap he then encountered traffic in the twistier middle of the lap and failed to improve.

His team-mates Laurens van Hoepen and Esteban Masson, Boya’s replacement, only made the grid’s 10th and 11th rows.

G4 Racing’s Axel Gnos did not take to the track after his accident in free practice.