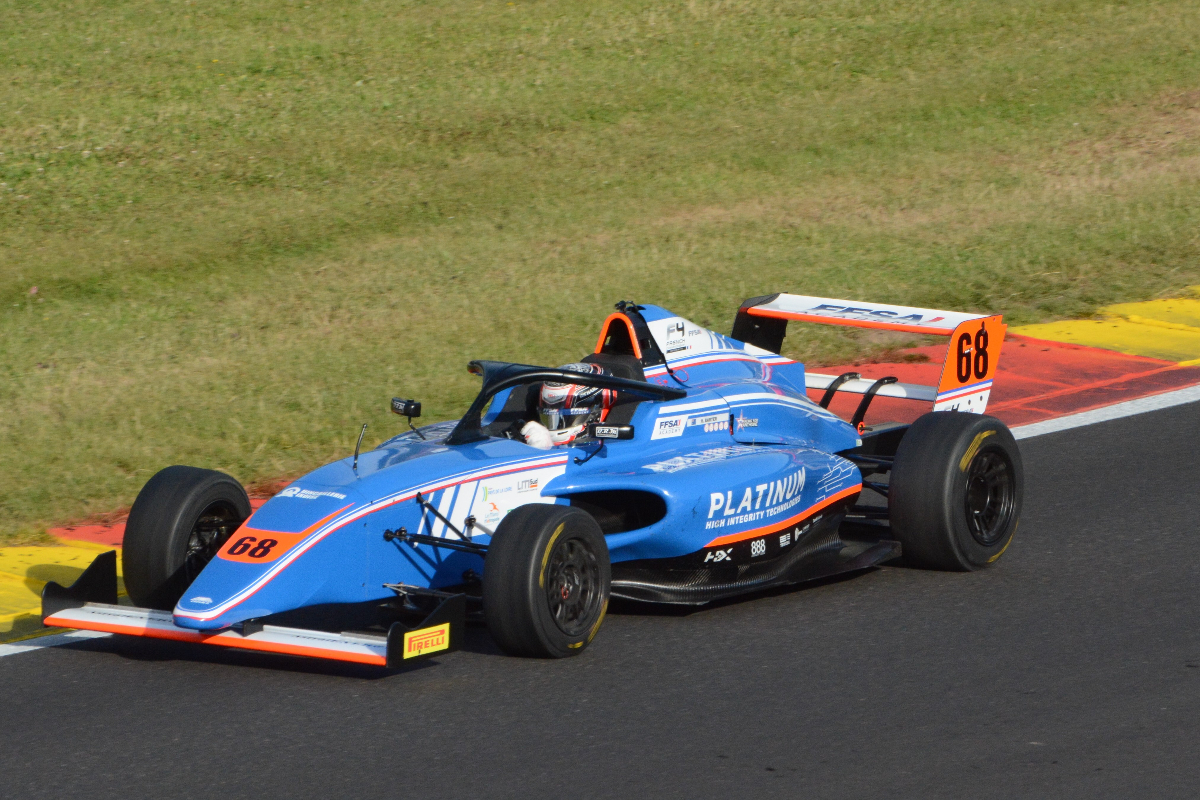 Hugh Barter dominated French Formula 4 qualifying at Spa-Francorchamps to take pole position for races one and three, and will have Souta Arao alongside on the grid both times.

Barter set the fastest laptime of the series’ single 30-minute qualifying session on his fourth lap, remaining unbeaten as times dropped off with tyre performance. His following lap was good enough to take pole for race three, based on each driver’s second-best laptime.

Honda junior Arao, who had comfortably topped the morning’s free practice session, moved up to second on the next tour with a time 0.13 seconds shy of Barter’s, and demoted Alessandro Giusti to third in the process. Giusti will start from the same grid slot for race three.

Colombia’s Jeronimo Berrio continued his strong pace from Magny-Cours to go fourth fastest, although his next best lap was only good enough for ninth place on the race three grid.

Red Bull and Honda junior Yuto Nomura pipped Elliott Vayron to fifth by just 0.004s, although Vayron had the edge on second-best times and will line up on the second row for Saturday’s race.

Louis Pelet qualified sixth with a set-up that clearly favoured straightline speed. In Spa’s first sector, which runs up hill to the end of the Kemmel straight, Pelet was comfortably the fastest in the field. His sector best time of 42.135s was over half-a-second quicker than Barter managed on his pole lap.

Mateo Villagomez was one of the few drivers to improve with his later laps in qualifying, jumping Enzo Peugeot to claim eighth, with Romain Andriolo rounding out the top 10.

Dario Cabanelas will start from 10th for race three, having narrowly missed out on a top-10 position based on fastest times.