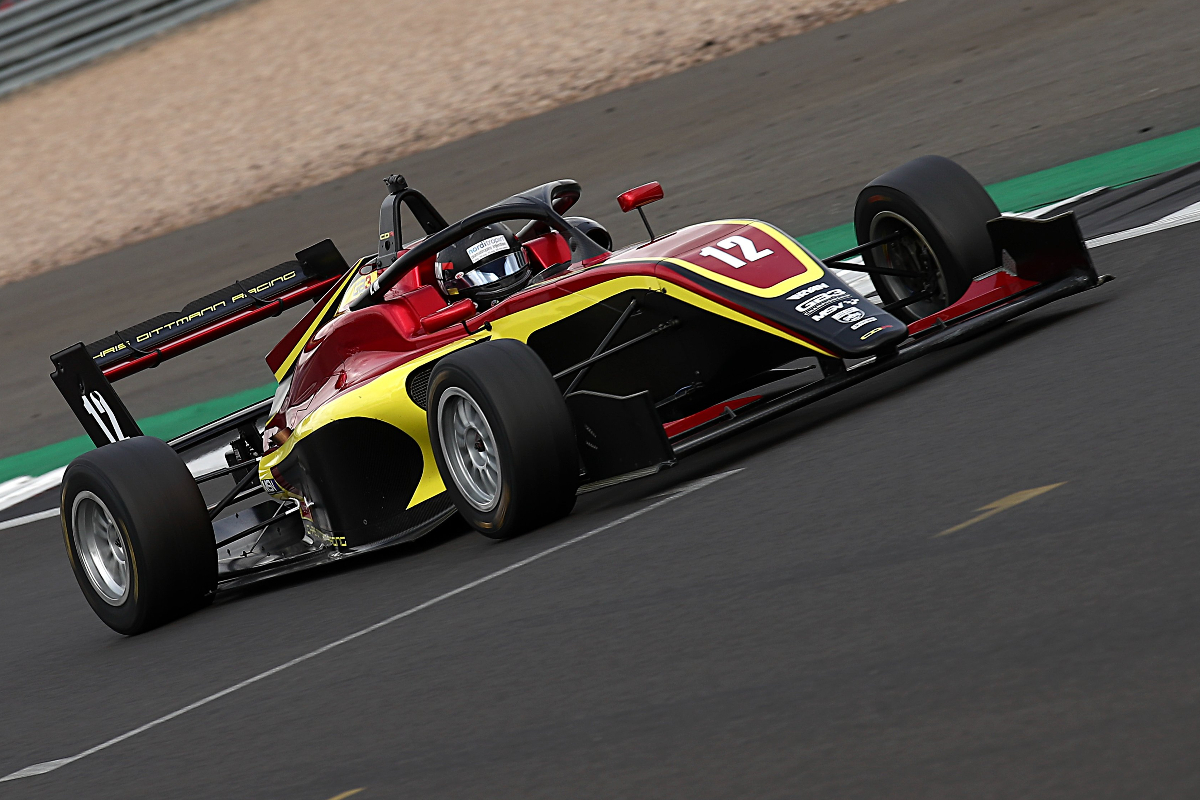 The GB3 grid will expand to 23 cars at Silverstone this weekend, with Chris Dittmann Racing signing Ayrton Ori for the final three rounds of the season.

Ori got his first taste of GB3 machinery during Thursday morning’s pre-event testing, and the 18-year-old American is hoping to continue with the team for a full campaign in 2023.

He has raced in his homeland until now, competing in F1600 Championship Series in 2019 after graduating from karting. Ori also did two USF2000 rounds that year, then another two in 2020 as well as the first two United States Formula 4 rounds.

“I’ve been looking to race in Europe for a while and I have been following the GB3 championship because I think it is the perfect series to step into to get used to racing in Great Britain and Europe,”said Ori.

“I am here with a view to possibly racing full time in this part of the world in the future, though right now I am fully focussed on this series.

“The most comparable car I have driven so far is in US F2000 and the team told me when I was using the simulator that it is pretty similar to the GB3 car, so I am trusting their words and I cannot wait to get out on track. It is a real dream to race on the Silverstone Grand Prix circuit, especially not long after the British Grand Prix.”

This year Ori has made several starts in an LMP3 prototype sportscar in IMSA, including in the Daytona 24 Hours.

Silverstone will mark the first time since the final round of 2021 that CDR have fielded a three-car line-up in GB3, and follows a double podium finish with McKenzy Cresswell and Branden Lee Oxley at Spa-Francorchamps last weekend.

“We’ve been speaking to Ayrton for a few months but unfortunately things didn’t quite come off,” CDR’s eponymous team owner Chris Dittmann said. “This year we gave him an option for the last few rounds of the season, and he jumped at the chance.

“It’s going to be great to have three cars for the rest of the year and as we have proven at Spa the cars have been looking pretty strong, showing good pace, and secured two podiums. It’ll be a baptism of fire for him, jumping in midway through the season, but it’s very much a learning process and a chance to complete a few rounds hopefully with a view to doing a full campaign next year.

“We have a couple of test days at Silverstone ahead of the races and we did some preparation on the simulator back at the workshop with him during the week, to get him as ready as he can be ahead of the weekend. The main objective is for Ayrton to go out, enjoy himself, and we’ll see where we end up.”