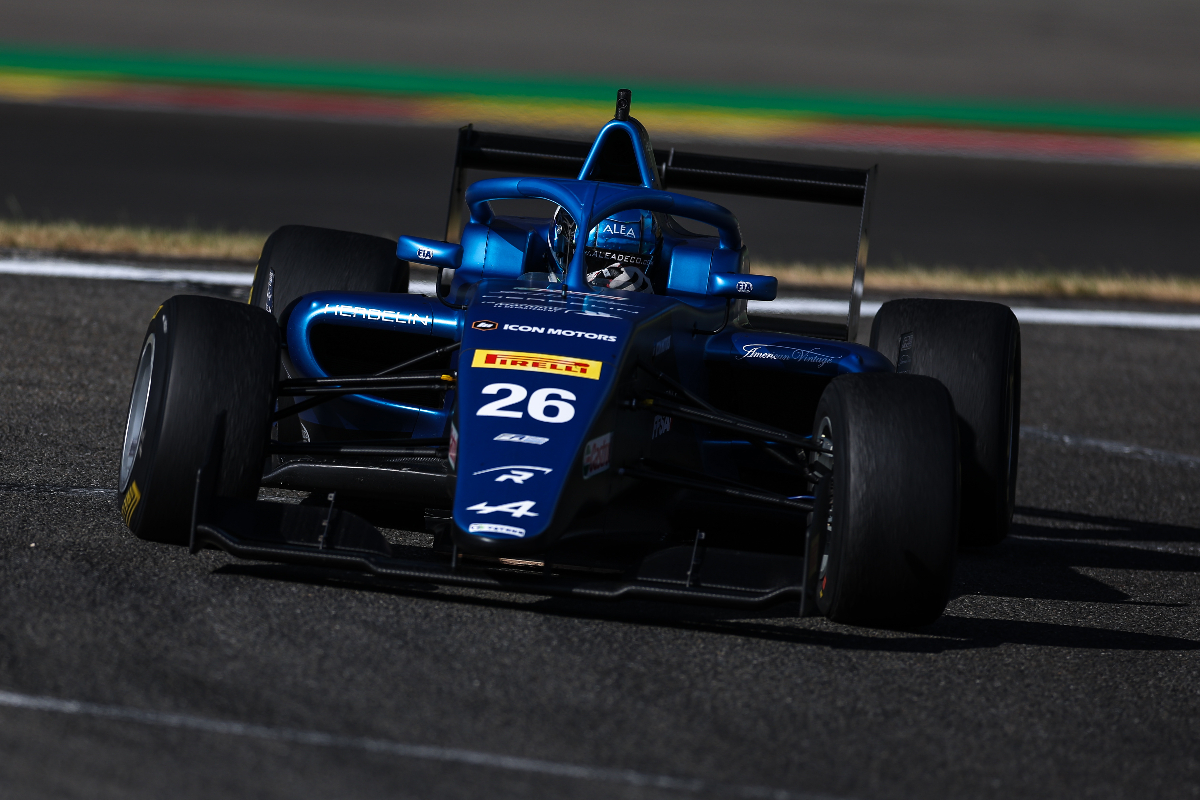 The Alpine Academy affiliate set a best time of 2m15.500s in the faster Thursday session, half a second up on what he managed in FP1 on Wednesday, and he was 0.287 seconds ahead of Arden’s Eduardo Barrichello in second place.

Barrichello’s performance was particularly remarkable considering that he had failed to complete a single lap in FP1.

ART Grand Prix’s Gabriele Mini and Van Amersfoort Racing’s Kas Haverkort were the only other drivers to break the 2m16s barrier to go third and fourth fastest, as every single driver improved on their FP1 bests in the second session.

Paul Aron was the fastest of Prema’s drivers in seventh, but had a tangle with one of his team-mates at La Source requiring an early pitstop to replace his front wing.

Championship leader Dino Beganovic was a frontrunner early in FP2, but dropping to 12th by the time of the chequered flag, just 0.013s ahead of team-mate Hamda Al Qubaisi.

While Trident was not quite able to maintain its strong pace from Wednesday’s session, which had two red flag interruptions and was ended early by a steering issue for Esteban Masson that sent him into the La Source barriers, its driver Tim Tramnitz followed his fifth place in FP1 with the eight fastest laptime in FP2 on his first visit to Spa.

FP2 was red-flagged after G4 Racing’s Axel Gnos went off at Turn 7, and resumed after a 10-minute stoppage.