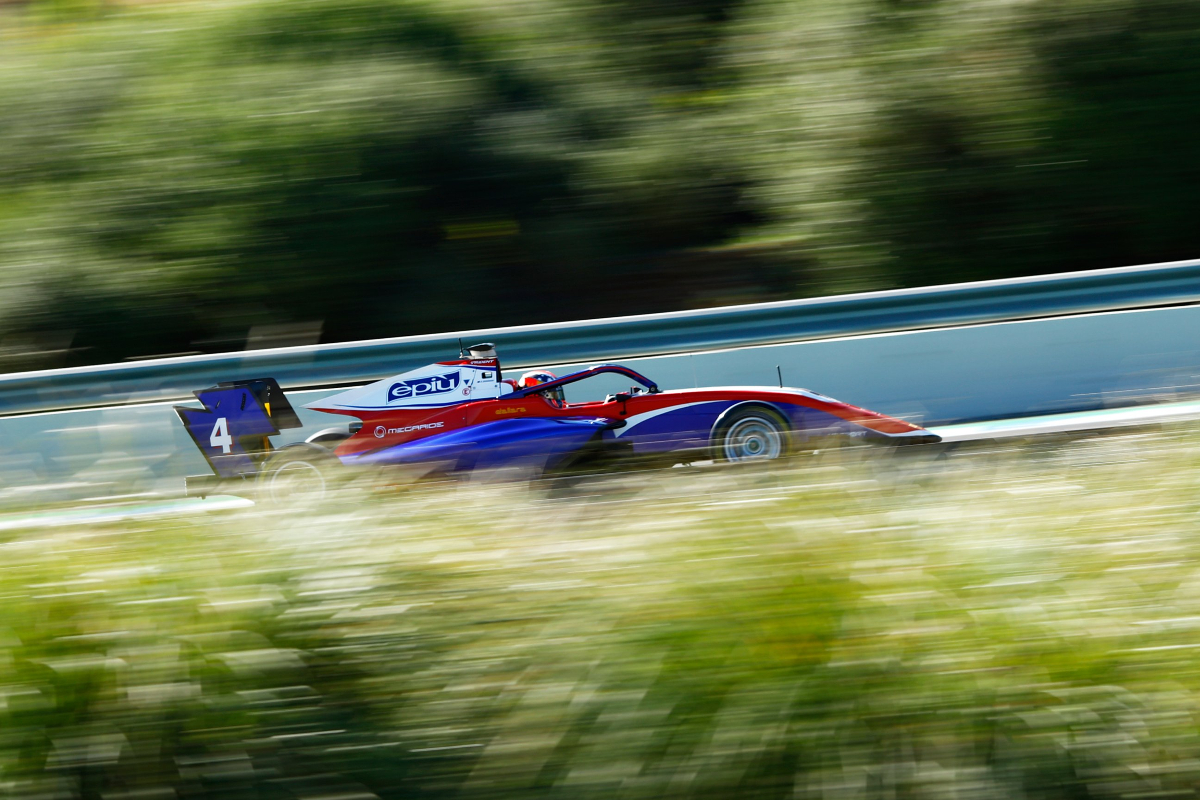 Jack Doohan went quickest in the first session of the in-season FIA Formula 3 Championship test at Jerez, ahead of Trident team-mate Clement Novalak.

The Australian didn’t set a single lap in the first half of the three-hour morning session, but was immediately on the pace once he was on the track and set his fastest lap, a 1m29.625s, 105 minutes into the day’s action.

He was just 0.051 seconds faster than Novalak, who set his lap a minute later.

ART Grand Prix’s Frederik Vesti got within 0.1s of the Trident pair early in the final hour to go third fastest overall.

Four more drivers in the session were able to set sub-1m30s laps. Carlin’s Jonny Edgar was the first driver to break into the 1m29s, and was at the top of the order several times in the middle of the session.

Caio Collet was eighth overall for MP Motorsport, and along with team-mate Tijmen van der Helm was one of only two drivers to head out on track early in the session. He was also first to set a flying lap 52 minutes into the session, a 1m31.304s that he improved on by 1.26s in the remaining time.

Pierre-Louis Chovet (Jenzer) and Jak Crawford (Hitech) rounded out the top 10 for the morning session.

Although Prema holds the top two positions in the drivers’ championship after the opening round, with Dennis Hauger leading Olli Caldwell by two points after three races, the team was slow off the mark at Jerez.

Arthur Leclerc was the fastest of its three drivers down in 18th and the only within a second of the pace, while points leader Dennis Hauger only left the pits to complete a few installation laps until the final half-hour but ended up slowest of all.

Charouz Racing System’s Logan Sargeant did not appear on the timing screens, despite being on the test entry list.