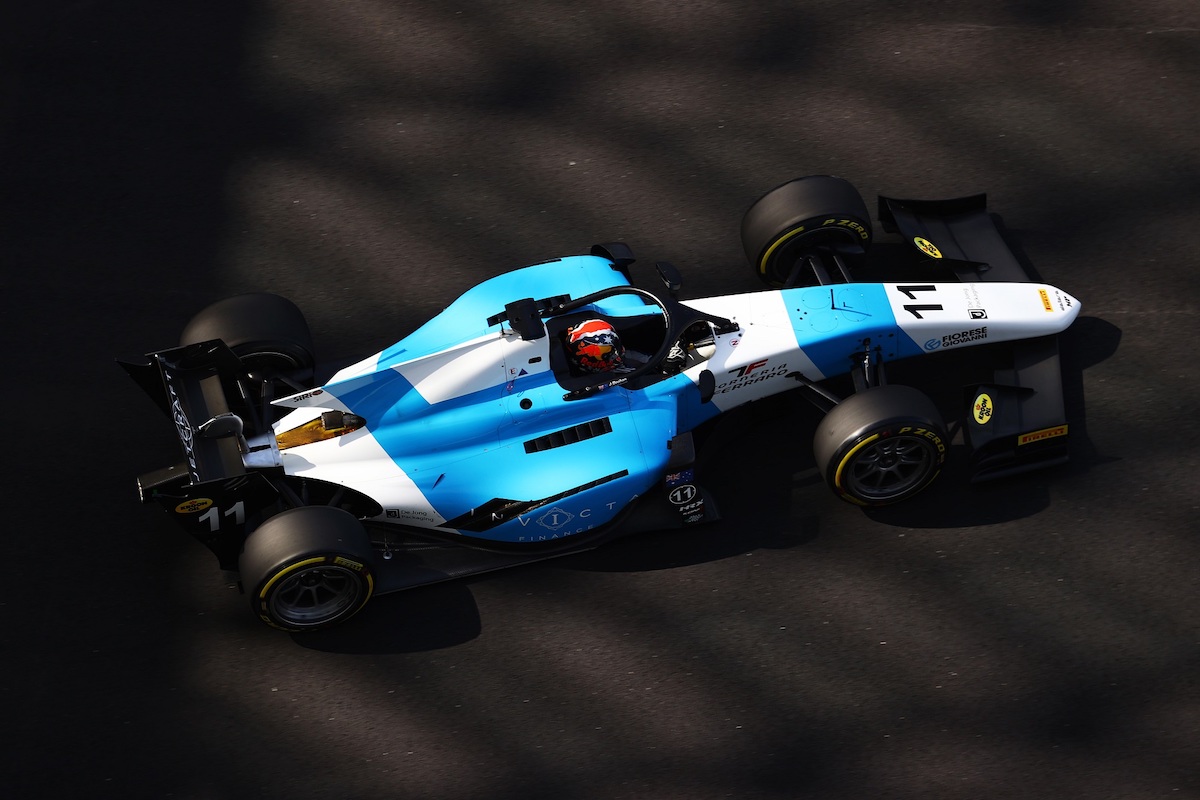 Jack Doohan says he was “a little bit disappointed” not to do even better than second place in just his second Formula 2 qualifying session in Abu Dhabi.

Doohan was on provisional pole for MP Motorsport before his lap was bettered late on by championship leader Oscar Piastri, who claimed his fifth consecutive pole.

While Piastri and many other drivers got two flying laps out of a set of Pirelli’s supersoft tyres, Doohan only got one and felt he might have been even quicker with a second attempt.

Asked in the press conference afterwards how he felt to qualify on the front row, this year’s FIA Formula 3 runner-up said: “I’m feeling obviously good. Happy to be P2, a little bit disappointed because the time was coming on the second push and we had a little bit of an issue in the pitlane so I only got one push.

“But hey, who knows what it could have been? Maybe the first push was going to be the one.

“But still, I didn’t really have any expectations. Practice was good with P2. But I was in P8 in Jeddah [practice] and then finished 16th in qualifying so I was a little bit nervous that I was going to go backwards in qualy. But we made some good adjustments to keep the car in the window for qualy and I’m happy to be P2.”

Doohan hadn’t driven the F2 car before his debut in Saudi Arabia, where he scored a fifth place finish in race two.

Formula Scout asked him about how quickly he has gelled with the MP Motorsport team, which has handed debuts to both Doohan and his Trident F3 team-mate Clement Novalak.

“I didn’t have much prep coming into Jeddah, it was quite late, and with Covid starting to rise a little bit as we came to these events. So I didn’t get to see the team before the weekend, I got half a day in the sim to do both tracks.

“As the weekend went on I just tried to get the atmosphere good like I had in Trident in F3 because for me that’s a huge part, and I just tried to really involve myself and get everyone behind me to try and get the most out of the car and of the team.

“For next year, I’ve got no clue really. We’ll see how this weekend pans out and it would be good to be in a position to fight for the title next year.”

Doohan said his focus for the rest of the weekend would remain on learning, regardless of his grid position.

“I just want to gain more experience and it’s good to do that at the front so I can learn how these boys race and how they manage the races too. So it’s good to be within a good crowd, and if everything goes well then any result is going to be a bonus. The focus is for next year.”