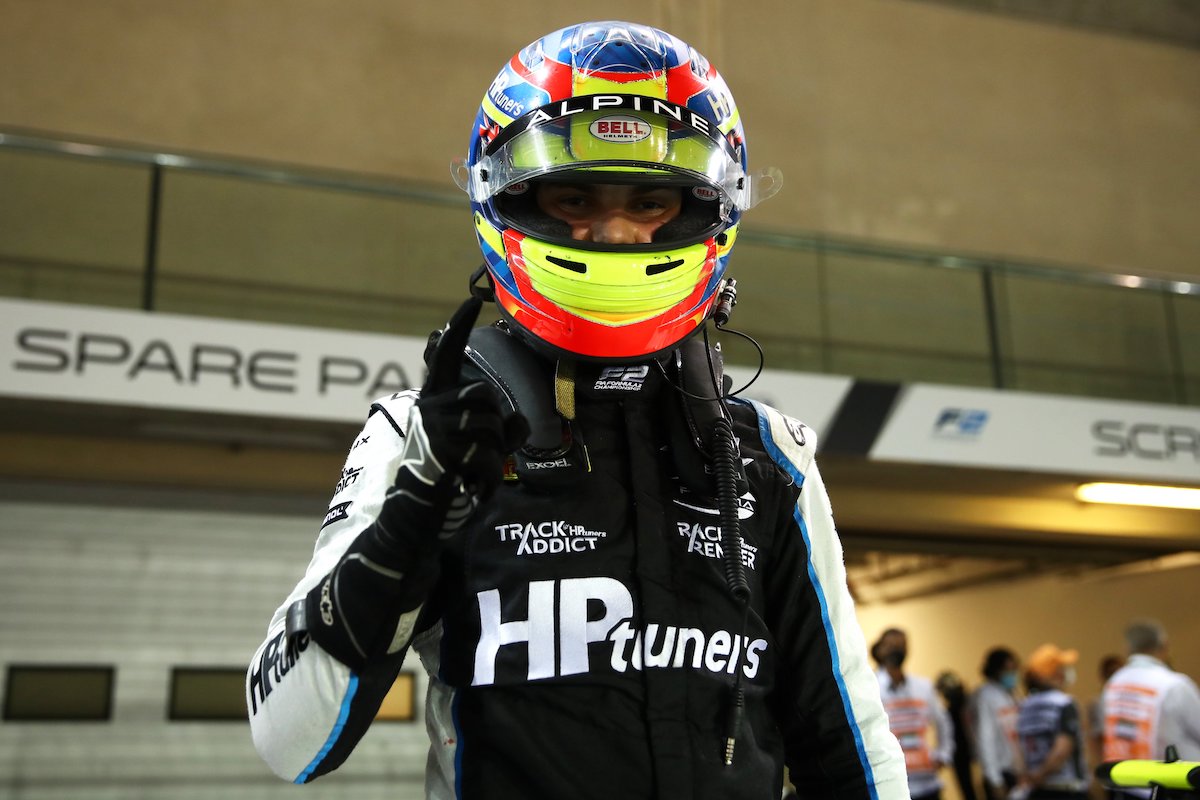 Oscar Piastri scored his fifth pole position in a row at Yas Marina to move one step closer to the Formula 2 title, denying newcomer Jack Doohan top spot in qualifying.

The Prema driver will be crowned champion after race one on Saturday if his lead is over 44 points. By taking another four bonus points for pole his advantage is now 55.5 points over Robert Shwartzman, with just 61 available over the rest of the weekend.

Piastri headed the times once all the drivers had completed both of their attempts on the first set of tyres. The Australian was almost four tenths clear of Campos Racing’s Ralph Boschung and his team mate Shwartzman.

Only Piastri would deprive Doohan of pole position in just his second weekend in the series. The Alpine junior set a lap of 1m35.077s, a lap almost 15 seconds quicker than the 2019 pole time after the recent track updates.

Shwartzman could only managed fourth, and behind him was Boschung, who equalled his best ever qualifying result achieved in Sochi in September. ART GP’s Theo Pourchaire managed to be sixth, just five days after the big crash he was involved in at Jeddah.

The top 10 was rounded off by Hitech GP’s Liam Lawson, Virtuosi’s Felipe Drugovich, and the Carlin duo of Dan Ticktum and Jehan Daruvala. This means Daruvala will be on pole for race one, with his team mate Ticktum alongside him.