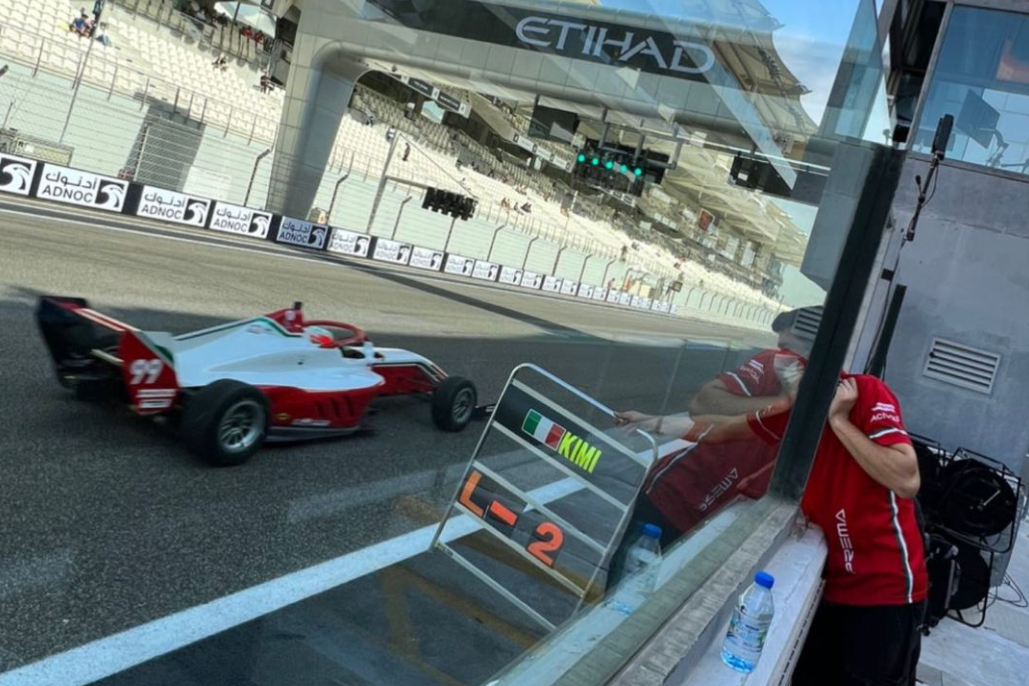 The second generation of Formula 4 machinery will be used in series across the globe next year, and teams had the opportunity this weekend to gain experience with Tatuus’s car before it appears in European series in 2022.

Freight issues meant only two international teams were actually able to turn up, with Global Racing Service getting a reprieve by having its driver Vladislav Ryabov run with MP Motorsport while its own car is stuck in transportation.

Initially there was supposed to be just a single race for the weekend, but F1 expanded the schedule with a few days to go to include two races despite the organising Formula 4 United Arab Emirates championship’s statement it would in fact be changing from an initially planned two races to one.

Before shakedown on Thursday evening of the race weekend it then reverted back to one race on Sunday and with qualifying moving from Friday afternoon to Saturday morning in the slot race one did occupy.

The track time that had been given to qualifying on Friday then became a second free practice session instead.

All but MP development driver Miron Pingasov improved in FP2, with Antonelli putting a comfortable 0.460s between himself and the next best driver Wurz. A further third of a second back was Laursen, with van’t Hoff the only other driver able to lap within a second of Antonelli.