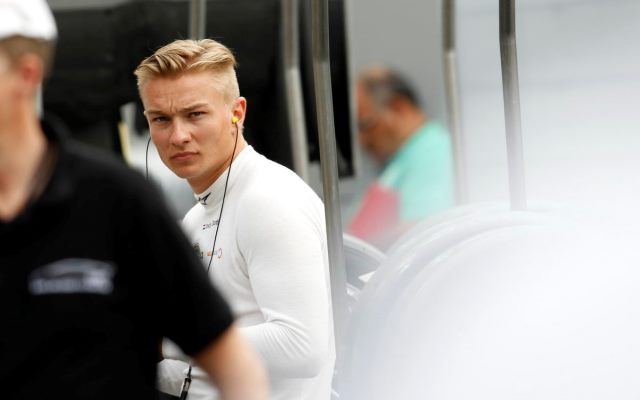 Indy Dontje set an identical time to his fellow Dutchman Max Verstappen as the pair led practice for the Zandvoort Masters of F3.

Verstappen arrives at the event off the back of six wins from six races in the FIA F3 European Championship over the past two weekends, and has switched from Van Amersfoort Racing to the Motopark team with which he made his F3 testing debut at the end of 2013.

The 16-year-old set the pace in the first of Friday’s practice sessions, as the only driver to get below the 1m34s mark during the opening segment of running.

Five of the 11 drivers taking part in the event are Dutch and the local drivers filled the top five places in the first session. Making his F3 debut for Performance Racing, Steijn Schothorst was second, 0.313 seconds slower than Verstappen.

Sam MacLeod was best of the visitors in sixth in the second VAR car, with Motopark’s Nabil Jeffri seventh. Andy Chang, Martin Cao and Camren Kaminsky – driving the newer F312 model they use in the British series – rounded out the top ten.

Verstappen improved to a 1m33.124s in the second session but his time was matched to the thousandth by Dontje.

Jeffri got up to third, 0.264s off the pace. Schothorst was fourth ahead of Szymkowiak, MacLeod and Chang. ADM’s Nikita Zlobin was eighth ahead of Kaminsky and Cao.