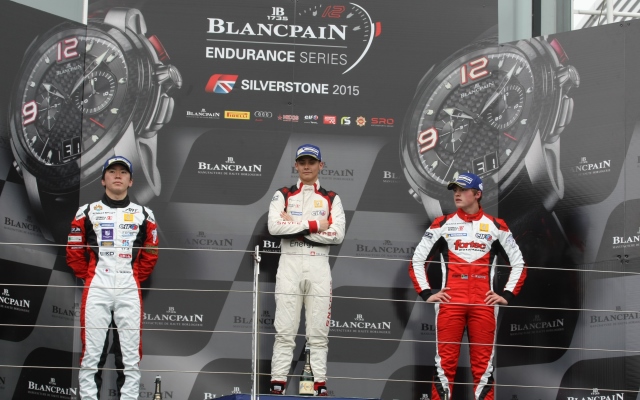 Josef Kaufmann Racing’s Louis Deletraz maintained his status as the class of the Formula Renault NEC field at Silverstone, easing to victory in race one.

Having controlled both practice and both qualifying sessions, Deletraz led lights-to-flag to record his fourth victory in six Formula Renault 2.0 outings in 2015.

While his starts let him down at Monza, the JKR protege was smooth off the line here, already enjoying a solid gap to the rest into turn one.

Right behind him, Callan O’Keeffe looked to pass championship leader Ukyo Sasahara, forcing the Japanese driver to take very defensive lines over the opening lap and allowing Deletraz to disappear in the distance.

The Swiss driver amassed a three-second lead over just one lap and turned it into four and a half next time by.

While Sasahara held off O’Keeffe, his teammate Darius Oskoui had a good look at the South African but ultimately allowed Dennis Olsen through into fourth instead.

It was a very calm race after that, with the leading drivers keeping each other at a distance and Deletraz coasting out front.

Sasahara ramped up the pace closer to the end to clear O’Keeffe and finish a comfortable second, while the South African settled for his first NEC podium of 2015.

Olsen took fourth, ahead of top rookie Oskoui and Harrison Scott, who marked his debut in the NEC series with sixth.