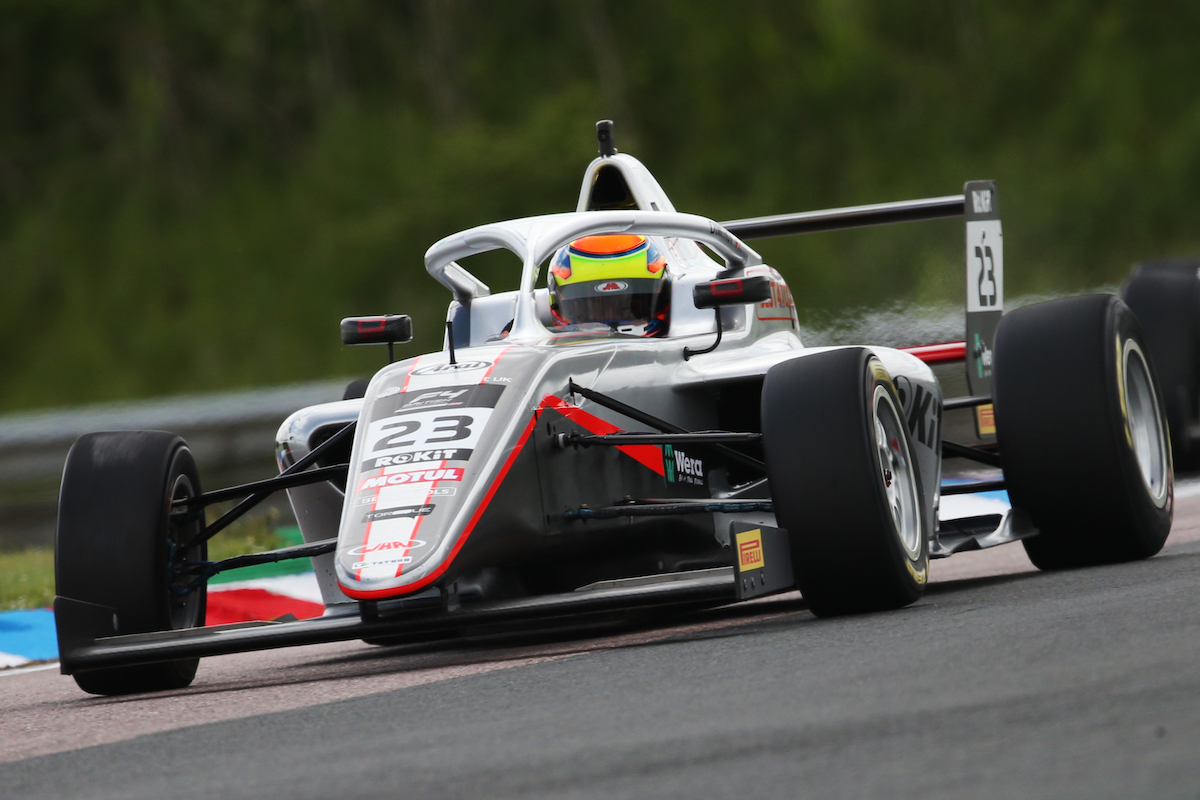 Georgi Dimitrov cruised to victory in the second British Formula 4 race of the weekend at Knockhill.

Dimitrov inherited the race lead after a spin for Adam Fitzgerald on the formation lap, and was unchallenged throughout the 20 minute race.

He had extended a lead of more than five seconds by the chequered flag to secure his second victory of the season, and JHR Developments’ second win of the weekend.

Oliver Stewart was the only driver to keep Dimitrov under pressure early on, but a mistake for Stewart at the hairpin sent him tumbling down the order and out of the top 10.

Eduardo Coseteng inherited second just ahead of Aiden Neate. Neate briefly came through to take second but a mistake at the chicane allowed Coseteng to come back through.

Coseteng pulled away from the battle for third, but couldn’t close the gap to Dimitrov and finished a comfortable second.

Louis Sharp in second had attempted to take advantage of the same mistake as Coseteng but couldn’t follow the Hitech GP driver through. He continued to keep the pressure on Neate, with Alex Dunne and Oliver Gray close behind.

A mistake for Sharp allowed the two challengers to come through before a lock-up from Neate almost allowed Dunne to secure the podium position. Neate closed the door and managed to keep Dunne at bay.

Behind them, Gray had been close to the fight but was handed a five second time penalty for exceeding track limits. He was dropped back to P10.

Sharp was promoted to fifth ahead of Daniel Guinchard and the battling Ugo Ugochukwu and Stewart. Ugochukwu managed to find a way past the recovering Stewart to finish seventh. Joseph Loake and Gray rounded out the top 10.