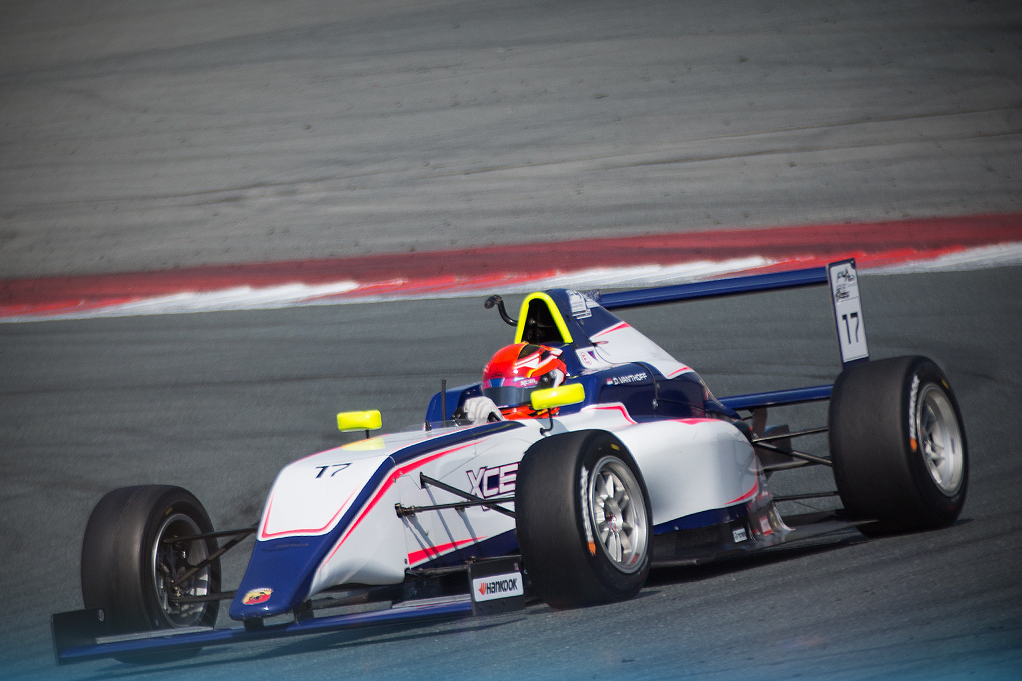 Dilano Van’t Hoff ended the first day of racing in Formula 4 United Arab Emirates with the points lead, despite stalling from pole in race one at Dubai Autodrome.

The Dutch karting graduate dominated the first qualifying session of his first car racing career, and lined up on pole for race one with Xcel Motorsport team-mate Pepe Marti alongside on the front row.

It was Marti who led into the first corner as Van’t Hoff initially failed to get off the line and dropped down the order. He had already recovered to sixth by the end of lap one, and he passed team-mate Kirill Smal and Mucke Motorsport’s Francesco Braschi to take fourth next time around.

Al Qubaisi held on to her podium position courtesy of the race being red flagged at the end of the fourth lap when Martin crashed coming out of the penultimate corner and his split car spilled fluid onto the track.

The restarted race had Trulli starting from the front, albeit behind the safety car at first, and he got two laps at the head of the field under green flag conditions before the safety car was required again when 3Y Technology’s Saud Al Saud – who had spun at the start of the race – also crashed out.

The field was set free for the final corner of the race, with Trulli crossing the line to win on his single-seater debut ahead of Van’t Hoff, Al Qubaisi, Smal and Braschi.

Race two was a far simpler affair for Van’t Hoff, who this time was the leader of every lap from pole and claimed the championship lead as a result. Braschi started and finished second, while Al Qubaisi overtook Xcel’s Jamie Day for third place on the opening lap and remained in that position until the very end of the race when Smal and Day got past.

Trulli, who had been hounding Al Qubaisi, ended up finishing behind her in sixth and is 10 points behind Van’t Hoff at the top of the standings. The next two races take place on Friday, with Van’t Hoff on pole for race three.