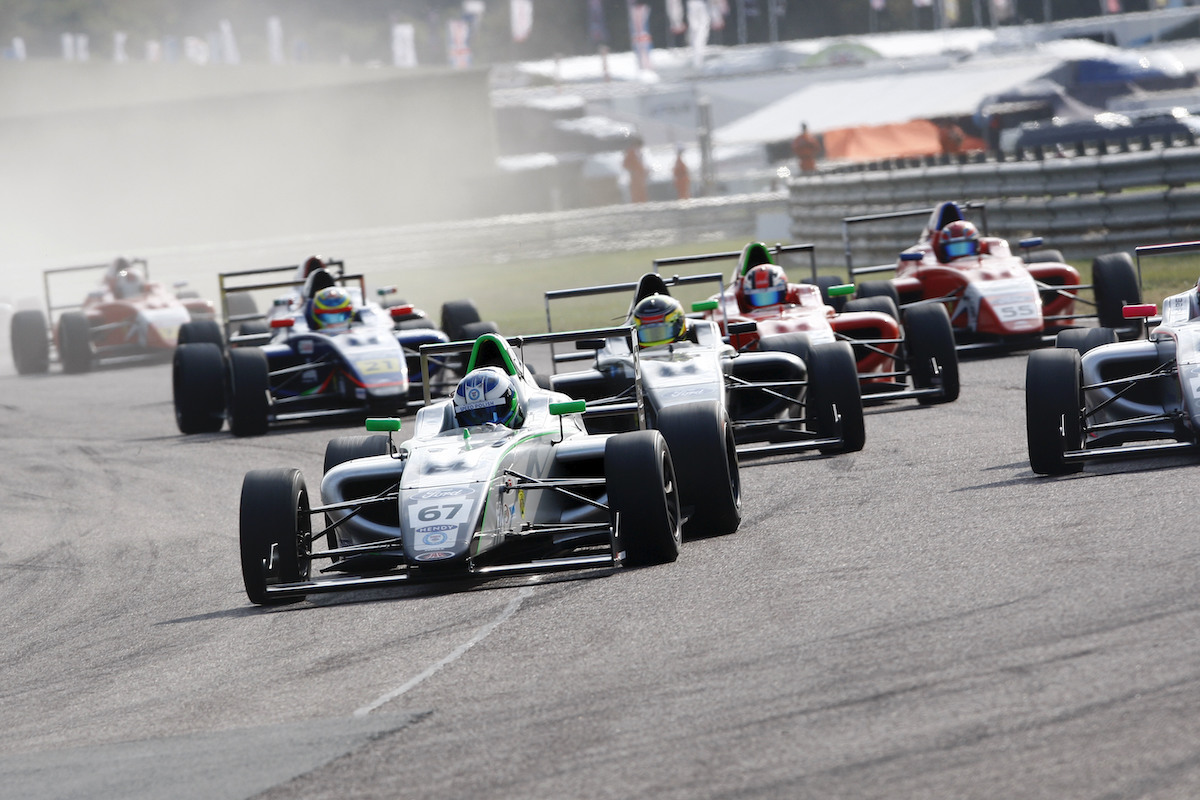 The 2021 British Formula 4 championship is now set to start at Thruxton in May after coronavirus concerns led the calendar to be revised.

Brands Hatch’s Indy circuit had been set to host the season opener in early April, before the series headed to Donington Park and Thruxton.

The first two rounds of the season have now been postponed by British Touring Car Championship organiser TOCA, leaving Thruxton to host the season opener on 8-9 May.

The championship will still support the BTCC at all 10 rounds, and is only set to conclude two weeks later than planned.

Oulton Park, Croft, and Donington Park will all shift to take place later in the year, while Snetterton will be brought forward to host the second round of the season in May.

The postponed Brands Hatch Indy round will now be the third round of the season, before visits to Oulton Park, Knockhill and the second Thruxton round.

Croft, which had been scheduled to host the fifth round of the season in June, will be pushed back to mid-September.

The Silverstone weekend remains unchanged in late September, but will no longer be the penultimate round of the season. Instead, the postponed Donington Park round will take the honour, taking place in early October.

The championship will conclude two weeks later than planned at the Brands Hatch GP circuit.

The United Kingdom is currently under lockdown measures amid the spread of a new variant of COVID-19.

Earlier on Thursday, British F4 announced format changes for 2021 including the introduction of a fully reversed grid for the second race of each weekend.