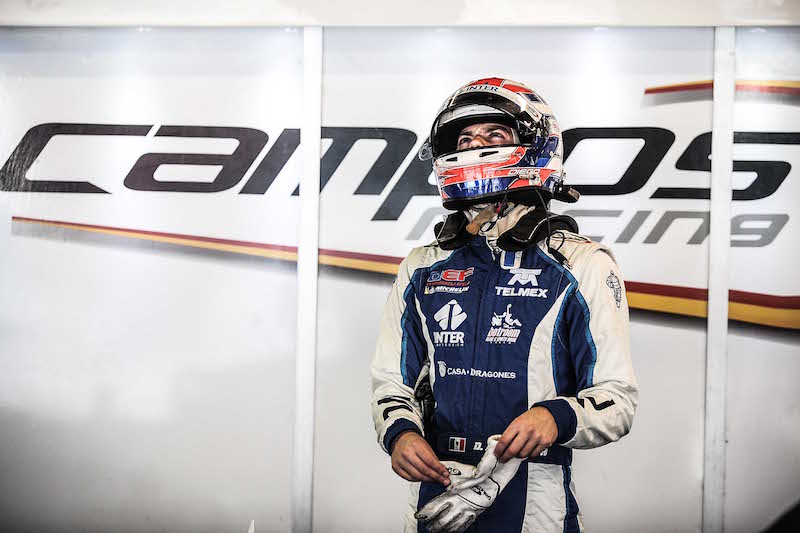 Diego Menchaca has rejoined Campos Racing for a move into the GP3 Series.

Telmex-supported Menchaca raced in the final season of World Series Formula V8 3.5 in 2017, coming ninth in the standings with Fortec Motorsports.

That came after a two-year stint in Euroformula Open with Campos, where he progressed from eighth in 2015 to fourth overall in 2016, claiming a total of five podiums.

?I?m very happy to be back with Campos Racing, in such a competitive environment as GP3 is,” he said.

“My relationship with the team has been built over the past four years, so basically they?re my family.

?We evaluated many different scenarios for the 2018 season which included Japan and also the USA, but in the end together with Escuderia Telmex and my backers we decided that what Adrian offered was the best program available for me this year.

“I know the team went through a couple of difficult seasons, but after being at the workshop over the past week it?s very clear to me that the potential for good results is there, I can?t wait for testing to begin.”

Team boss Adrian Campos said:??We are proud to announce that Diego is making his comeback to our racing family at Campos Racing.

“For sure, he is making a step forward in his racing career and both parties have high expectations for the season ahead.

“Diego perfectly knows how Campos Racing works and we now have a strong trio of drivers to fight for ambitious goals in the 2018 GP3 Series.”