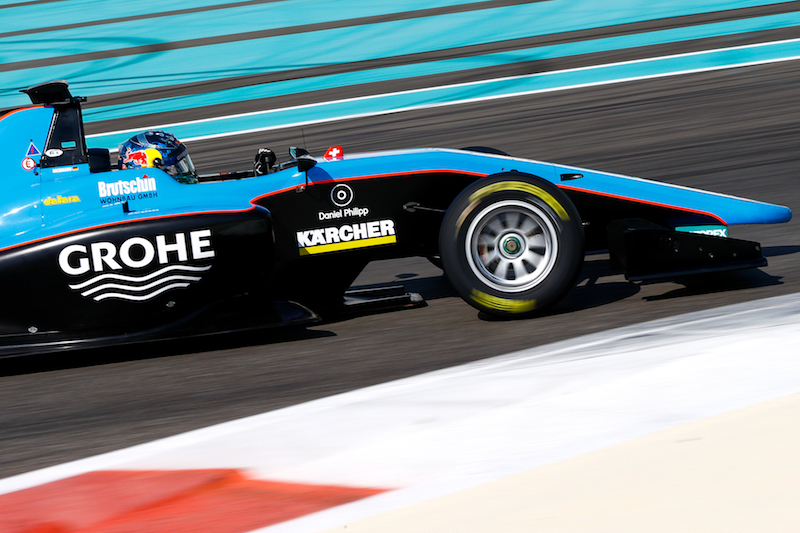 David Beckmann has switched to GP3 for 2018, joining Jenzer Motorsport.

The German teenager was a race winner in both German and Italian Formula 4 in 2015 in his first season out of karts and then twice finished on the podium in a partial European Formula 3 season the following year.

He continued in F3 in 2017 but failed to score any points in three rounds with Van Amersfoort Racing before a switch to Motopark yielded three fifth-place finishes.

Beckmann got his first taste of GP3 with Jenzer on the opening two days of the Abu Dhabi post-season test in December, before driving for Arden on day three.

“To compete in the 2018 GP3 Series is an important step for me and doing so with Jenzer Motorsport is definitely the best choice,” he said.

“The official tests in Abu Dhabi last December showed that we can work very well together and that the chemistry with Andreas Jenzer and his technical staff is just right.

“It’s going to be a demanding season with tough competition and I’m looking forward to this challenge.”

Beckmann joins Tatiana Calderon and Juan Manuel Correa in the line-up at Jenzer, which won races with both Alessio Lorandi and Arjun Main in 2017.

“In the official post-season tests last winter, David impressed us with his professional approach, and by being the fastest of the team despite his broken rib, even reaching the top five,” Andreas Jenzer explained.

“We are keenly awaiting the first tests and look forward to a very successful GP3 season together.”