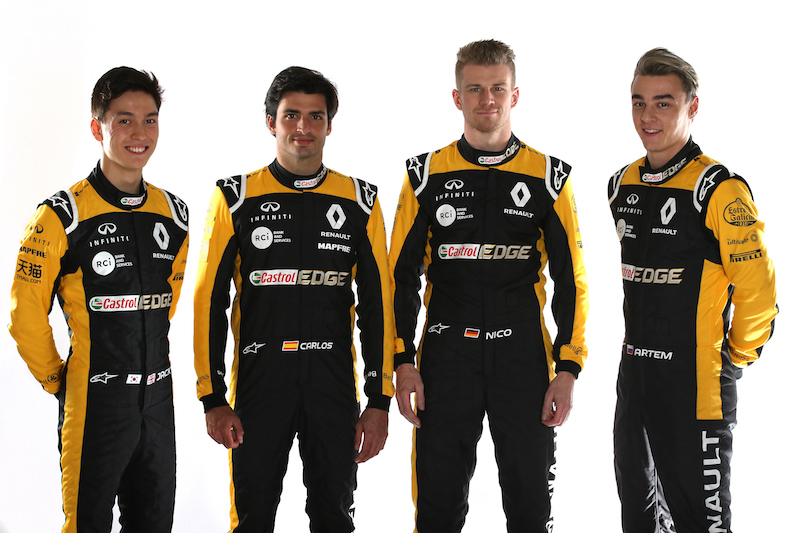 Renault Formula 1 protege Jack Aitken has been appointed as third and reserve driver for the team, as Formula 2 runner-up Artem Markelov joins as test and development driver.

Aitken has been part of the Renault Sport Academy since its launch upon Renault’s return to F1 as a works team in 2016, off the back of his Formula Renault Eurocup title the previous season.

He has spent the last two seasons racing in GP3, finishing as runner-up last term, and will step up to F2 this year with ART Grand Prix alongside his new?role at Renault alongside race drivers Nico Hulkenberg and Carlos Sainz.

?It feels amazing to take up the role as third and reserve driver,? said British-Korean driver Aitken, who tested a 2012 car with Renault last autumn.

?It hasn?t quite processed yet, but I?m going to step up my involvement with the team quite a lot.

“Over the first Barcelona test, it will start to feel real and sink in a little bit more.

“The role gives me an opportunity to be closer to Nico and Carlos and learn from them, as well as observing the race team, the engineers and how everything operates.

“Of course, if I?m required, I?d be happy to jump in the car, but I hope it?s all fine with Nico and Carlos!

“At the moment, it will be about continuing my development.”

Markelov will return for a fifth season in F2 this year with Russian Time and will combine that with his first formal role with an F1 team, which will focus on the simulator at Enstone.

“Renault is a standout name in Formula 1 so to sign for them is a really significant step in my career,” he said.

“This year will consist of a lot of listening and learning and taking the opportunity when it comes.

“I?m grateful for the opportunity, and I?ve had a busy winter of preparing for what will be a demanding season of test driving and racing in Formula 2 with Russian Time.

“I?m very much looking forward to the start of the season and getting to work.”