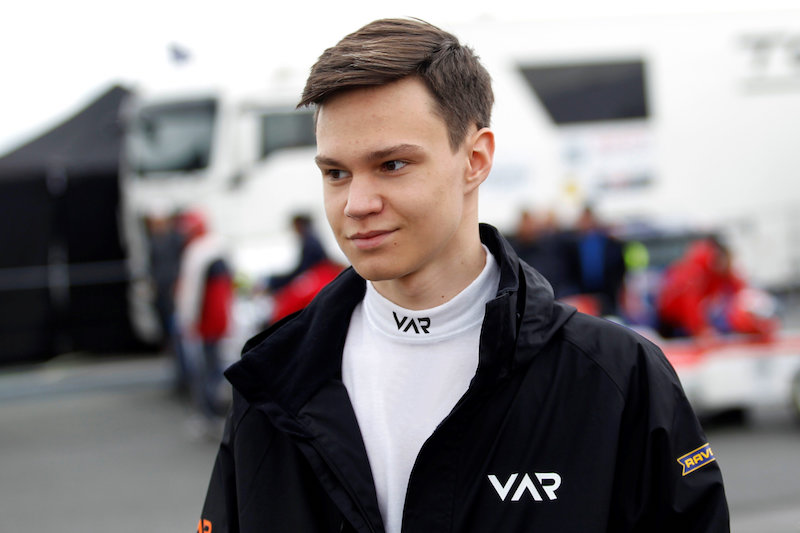 Russian driver Artem Petrov will step up to the FIA Formula 3 European Championship this year with Van Amersfoort Racing.

Petrov joined VAR for the final two rounds of the ADAC Formula 4 series last year and won the season finale at Hockenheim.

He later went on to take two wins at Monza in the final round of the Italian F4 series, where he has raced full-time for the past two seasons with the DR Formula squad.

Petrov was then part of VAR’s F3 end-of-season testing programme.

?I am happy that I can make the step into the FIA F3 European Championship with VAR,” he said.

“I felt right away at home in the team and am looking forward to enter battle together in this competitive championship with very strong drivers, who I have known since my karting days.

“With the many years of experience of Frits [van Amersfoort] and his team behind me, I am confident that I can be competitive this forthcoming season.?

Van Amersfoort added:??It is a pleasure to announce that Artem joins our Formula 3 squad for the 2018 season. We had him on our radar for some time.

“Last season he came in the team with a bang, being very fast and winning one race.

“We believe Artem is ready for the next step and we feel his motivation to be successful at the next level. We will certainly give him our full support during his maiden F3 season.?

Petrov is VAR’s second confirmed signing for 2018 after Keyvan Andres.