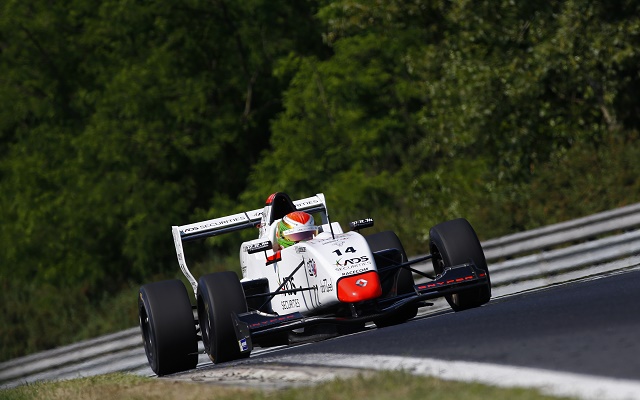 Championship leader Louis Deletraz will start the first Eurocup FR2.0 race of the Hungaroring round from the pole position.

The Swiss youngster dominated the first group of the session and his benchmark was not beaten in the second part of the running either.

Jack Aitken will start from the front row, having improved on a last-minute flying lap in group B, which put him only four hundredths behind Deletraz.

Ignazio D’Agosto was the best of the rest in group A to grab third on the grid, while Ukyo Sasahara has to settle for fourth, having been edged out by Aitken.

Fortec duo Ben Barnicoat and Martin Kodric will start fifth and seventh respectively with Kevin Jorg lining up between them.

Anthoine Hubert and Jake Hughes, second and third in the standings, will begin their race in eighth and ninth respectively as the top ten of the starting order is completed by Fortec’s Callan O’Keeffe.