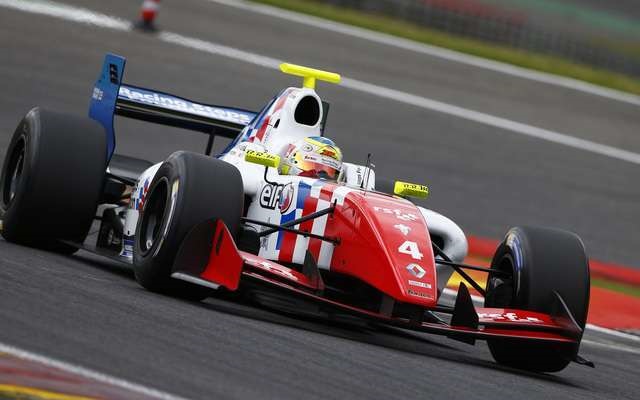 Fortec’s Oliver Rowland claimed his second consecutive pole position of the season in Formula Renault 3.5 at the Hungaroring.

The points leader, who had also topped Saturday qualifying at the track last year, beat the rest of the field by two tenths, becoming the only driver to clear the 1:29s mark.

Practice pacesetter Matthieu Vaxiviere of Lotus WSR led the session at halfway, but could not match Rowland on fresher tyres.

The Frenchman will head row two, having also lost out to Formula Renault 2.0 graduate Egor Orudzhev, who qualified a personal-best second.

It was the best qualifying of the season for 2014 race winner and current F1 driver Roberto Merhi, who, in sixth, led Nicholas Latifi and Pietro Fantin.

Newcomers Aurelien Panis and Tio Ellinas made up row five.

Meindert van Buuren, who skipped yesterday’s practice due to ‘contract’ issues, was back in his car for qualifying and ended up 14th.