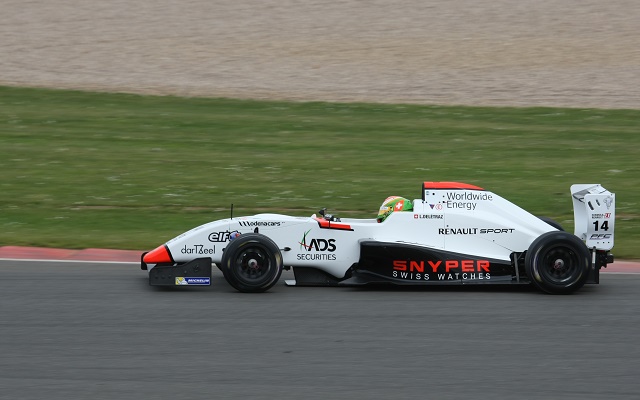 The Swiss driver has now secured four pole positions in four NEC qualifying sessions in 2015, in addition to his two Eurocup poles in three races.

Deletraz was a full nine tenths in the clear when session one was suspended by a red flag, brought out by Mark Burdett’s Rahul Raj Mayer.

Improvements after the action resumed were few and far between and Deletraz was in no danger of losing pole.

Manor MP’s Dennis Olsen will start race one in fifth, ahead of Harrison Scott, Max Defourny and Kevin Jorg and Ignazio D’Agosto, who were all within a tenth and a half of fourth-placed Oskoui.

A late improvement from Colin Noble saw inherit tenth when Josef Zaruba lost his fastest lap for speeding in the pitlane.

Session two saw another brutal lesson in dominance by Deletraz, who kept upping his pace and enjoyed a solid lead when light rain was reported on the track.

His teammate Jorg clinched second, almost eight tenths down, while Olsen had to do with third.