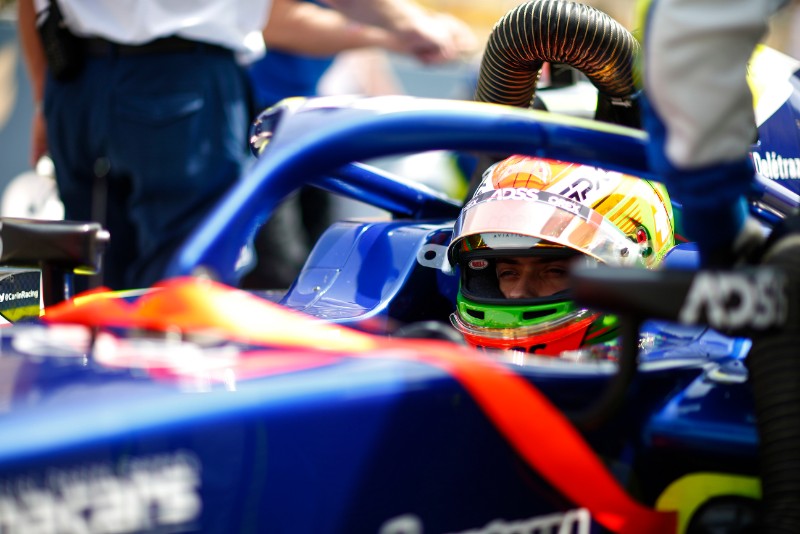 Louis Deletraz will act as Haas’s simulator driver this year, following on from the Formula 1 test he had with the team at the end of 2018.

The 22-year-old Swiss is currently in his third season of GP2/Formula 2, and lies fourth in the standings with Carlin after the first two races.

?My first F1 test with Haas in November was a dream come true and I have enjoyed a good relationship with the team ever since,??said Deletraz.

?I?m pleased that they?ve been happy with my work and I feel honoured and grateful that the team want to continue working with me by contributing to their simulator programme.”

Deletraz’s single-seater career started in Formula BMW, and after winning the Formula Renault Northern European Cup title in his third FR2.0 season he was enrolled into Renault’s junior driver scheme.

Despite finishing second in Formula V8 3.5 the year after he was dropped by Renault, and only resurrected links with F1 again late last year. Haas has since had him working in its simulator, leading to his official role as the team’s simulator driver.

?The sim plays a substantial role in the development of an F1 car because it allows the team to check the car and any updates,” Deletraz adds.

“Driving it is an important job and, as someone that is determined to join the F1 grid in the near future, this work will allow me to continue learning about F1 and pushing towards my ultimate target.?

Arthur Leclerc, younger brother of Ferrari F1 driver Charles, will have an increased role as a Venturi junior in the closing races of the current Formula E season.

The 18-year-old has already tested Venturi’s current FE car at the Marrakech rookie test, and his expanded role will now include increased simulator time and a?trackside presence at more of the E-Prixs.

“I’m learning how the battery works, how to do energy regeneration, everything that you haven’t in a [internal combustion] car.

“I’ve had some simulator sessions with them, and I can go to the E-Prixs and see how the drivers are working as well, so it’s good.”

Leclerc is also a member of Sauber’s Junior Team, and will race for the Sauber-branded US Racing-CHRS team in ADAC Formula 4 this year.

“We can go to grand prixs, we have training camps where we can see how the F1 drivers are working. So it?s really good to be part of this Academy [too], it?s giving me a lot.”