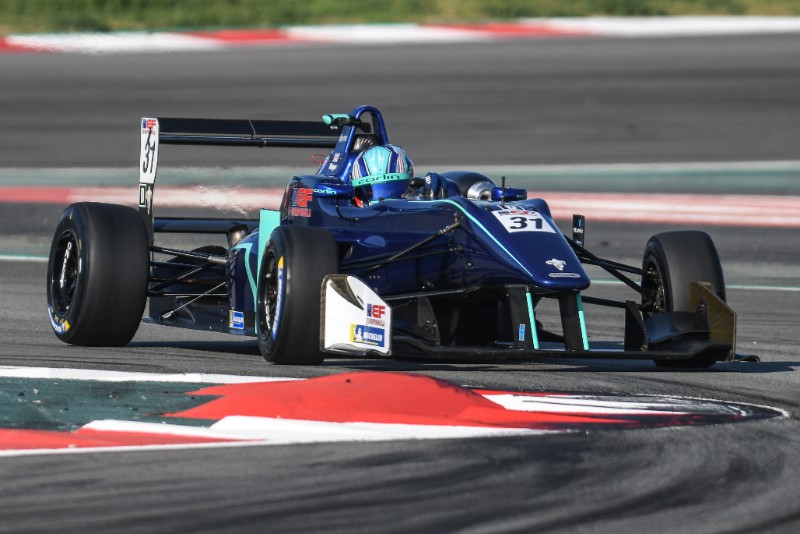 Billy Monger is targeting the Euroformula Open title following confirmation that he will compete in the series with Carlin this year.

Monger raced with Carlin in?British F3 last season, scoring four podiums, including one at Donington Park on his return to the circuit where he suffered a life-changing crash in British Formula 4 in 2017.

The double-amputee – who previously targeted a seat in the new FIA Formula 3 Championship for this year – will use specially adapted hand-controls, like those used during his British F3 campaign.

“The goal is always to go into a championship and try to win it, so that’s what I’m looking to do,” Monger said.

“I know there are guys that I’m team-mates with and that are still competing this year that have done this championship for a few years.

“But I’d like to think that once I get on top of the car I’ll hopefully be able to take the top step.”

The move to the EF Open sees Monger switch to the ?traditional? Dallara F3 chassis – previously used in the now defunct FIA Formula 3 European Championship – having driven a Tatuus chassis in British F3.

Monger already has experience of the car, having raced in the EuroFormula Winter Series – scoring a best result of eighth – and has also completed in several test sessions ahead of the season.

“It’s a new car?, said Monger about the car he will race in EF Open, ?it has a bit more grip, bit more power.

“It’s a step up in level from the Tatuus but I’m slowly adapting and getting better.”

The nine round series races on circuits from the F1 calendar, and includes a round at the traditional F3 street circuit in Pau, which previously hosted European F3, something that the British driver is looking forward to.

“This year is my first street circuit, competing at Pau and I’m really looking forward to it,” said Monger.

“It will be challenging, luckily I know a few drivers who have driven there themselves and have given me a few tips so hopefully it won’t take long to get used to it.