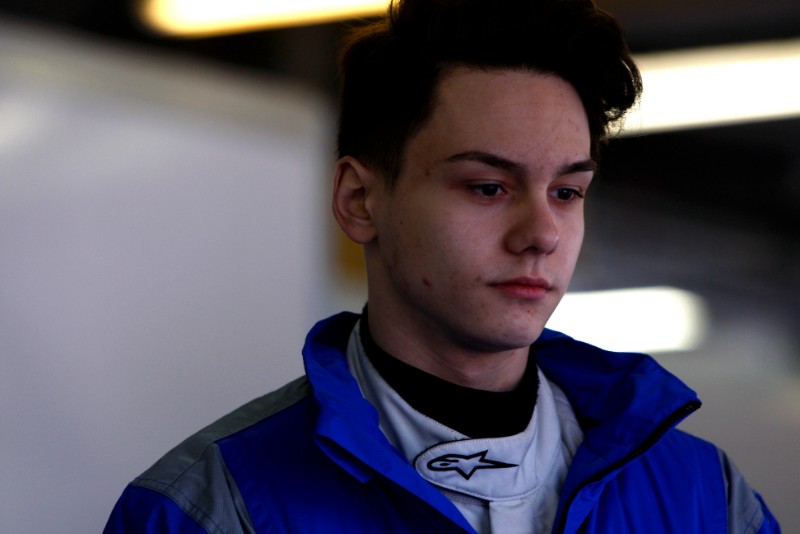 Petru Florescu will return to Euroformula Open for a fourth straight year in a planned full campaign with Drivex School.

The Romanian entered two rounds in both 2016 and ’18, picking up one pole position, and finished 10th in the 2017 standings when he contested the full season. He’s also competed sporadically in BRDC British Formula 3 and FIA European F3 in the last three years.

“It’s nice to be here. I have always looked at Drivex as one of the top teams in Euroformula Oopen so I’m very happy to work with them for the 2019 season,” Florescu said.

“I love the team atmosphere and I immediately felt at home and comfortable.”

“The grid looks really strong this season so I can?t wait to get on track and do a good job. I think I have matured enough to be able to mount a successful campaign. I have good knowledge of the car, tyres and tracks and together with my engineer Manuel Aboy, I am sure we can be very strong this year.”

Florescu started his car racing career in British Formula 4 – finishing sixth in 2016 despite winning five times – and showed a short temper on occasion. His most recent racing endeavour in the Toyota Racing Series resulted in him finishing last of the regular drivers.

“My job is to focus on myself and on my driving [this season], trying to be as fast as I know I can be. The whole story around engines and weights [in EF Open] is for others to debate. I am very sure the quick drivers will be up there with any car and I trust the team and the championship so I am waiting to hit the track and do the best job I can!”

Drivex will run two cars for the 2019 season, which starts at Paul Ricard this weekend, with Rui Andrade filling the second seat. The?Angolan-Portuguese competed in Spanish F4 last year, and was fifth in the latest season of F4 United Arab Emirates.