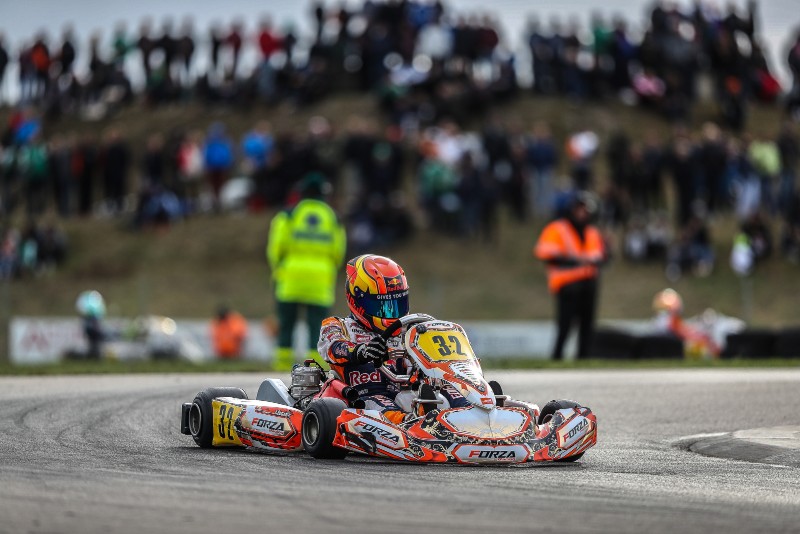 Last year the 15-year-old finished third in the WSK Super Master Series in the OK Senior kart class, and was fifth in the WSK Champions Cup.

His 2019 season will be focused on an Italian F4 campaign with Jenzer Motorsport, which is handing him an early debut in the Spanish championship.

“The first time I drove a car was the end of last year. I’m just doing this weekend to get used to doing my race data, my racing and the weekend format before next weekend,” Edgard told Formula Scout.

“I’m quite confident [for the season]. I think the team’s good and I’ve done quite a bit of testing, at the end of last year and the start of this year, so it should be good.

“I’m on the [Red Bull] simulator before most tests and all the races. And I tested at Paul Ricard a month-and-a-half ago.”

Jenzer runs Edgar’s fellow Red Bull junior Yuki Tsunoda in the FIA Formula 3 Championship, and is the first foreign team the English teenager has driven for.

“I’ve always ran with British teams in karting.?This is my first time really working with a team that’s not British, but they all speak good English so it’s fine.

“It would be good to have some podiums, maybe a race win this weekend. But it will be difficult because there’s some quite good drivers in this championship, and my team-mate Giorgio Carrara is good as well.”

Italian F4 veteran Carrara and Italian karter Emidio Pesce join Edgar at Paul Ricard, which marks Jenzer’s first ever appearance in the Spanish championship. The team is a regular of the ADAC and Italian series, and won the 2016 Italian title with Marcos Siebert.

?We have been with FIA F4 since it was launched in 2014 in Italy and are very pleased to take part in the F4 Spanish championship round at the Paul Ricard Formula 1 circuit to start the 2019 season,” explained team principal Andreas Jenzer.

“We look forward to a great event and hope to come back for more events.”

Jenzer will field Carrara, Edgar, Pesce and Axel Gnos in Italian F4 this year, which starts on May 4-5 at Vallelunga.

Xcel Motorosport’s line-up for the second Spanish F4 round has decreased to one car, with F4 United Arab Emirates champion Matteo Nannini absent. The Italian took two top five finishes in the season opening Spanish round, but has since signed a deal with?Scuderia DF Corse by Corbetta for the Formula Regional European Championship.